We must attract more women to survive, Merkel tells her party 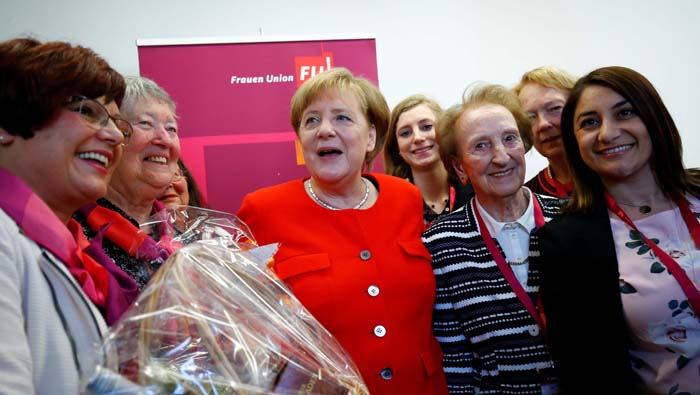 Berlin: Chancellor Angela Merkel pressed her conservative Christian Democrats (CDU) on Saturday to attract more women to their ranks or else lose their status as one of Germany's two big popular parties, or 'Volksparteien'.
Speaking on the 70th anniversary of her conservatives' women's union, Merkel said the CDU needed to boost the proportion of women in its membership above some 25 per cent if it wanted to win more than 40 per cent of the vote.
"That's why this is not just a question of women who want to make a career, but it is a survival matter for this Volkspartei," she said.
Both the mainstream political blocs - the CDU and their Bavarian allies, and the left-leaning Social Democrats (SPD) - suffered their worst post-war election results in last September's national election - 33 and 21 per cent respectively.
Frustration about the influx of more than a million migrants since 2015 propelled the far-right Alternative for Germany (AfD) into parliament for the first time. Merkel, 63, is the CDU's first female leader and the first woman to be German chancellor.
Earlier this year, the CDU elected another woman, Annegret Kramp-Karrenbauer, who is sometimes dubbed 'mini-Merkel', as party general-secretary, putting her in pole position to succeed Merkel as chancellor.