Five miners missing after quake hits coal mine in Poland 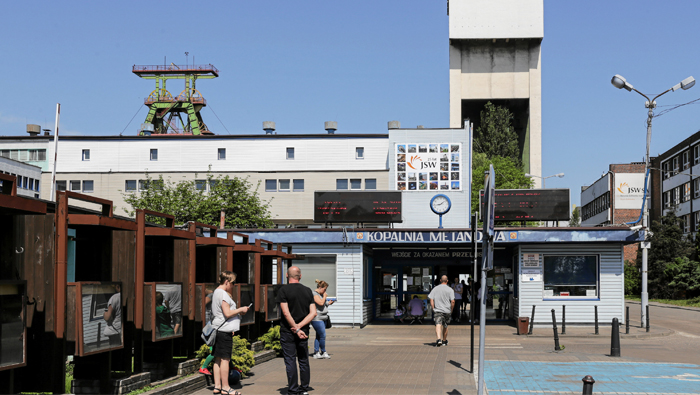 Warsaw: Two of seven Polish coal miners who had been missing after a strong quake hit a mine on Saturday have been rescued hurt but conscious, state news agency PAP reported.
The mine is owned by JSW, the European Union's largest coking coal producer.
The 3.4 magnitude quake took place in the Borynia-Zofiowka-Jastrzebie coal mine in southern Poland at 0858 GMT at a depth of 900 metres, the state mining office WUG said.
Several teams of rescuers worked to reach the area of the quake.
The rescue operation was earlier hampered by high levels of methane in the air reaching up to 58 per cent.
That level fell later to about 40 per cent and the rescuers departed wearing oxygen masks, but still had about about 1.3 kilometres of underground tunnels to reach the place where the missing miners are believed to be, a JSW spokeswoman told PAP.
It would only be possible to check if installations supplying oxygen had not been damaged in the area of the quake once rescuers get there, spokeswoman Katarzyna Jablonska-Bajer said, adding communication lines were destroyed by the quake.
PAP said the quake has been the strongest recorded in the mine so far, but not the strongest in the mining region.
There were about 250 people working undergound in the mine at the time of the quake.
The missing miners were from a team of 11 that were drilling a new tunnel.
Four managed to escape. PAP reported that family members of the missing miners have gathered at the mine and were offered help of psychologists.