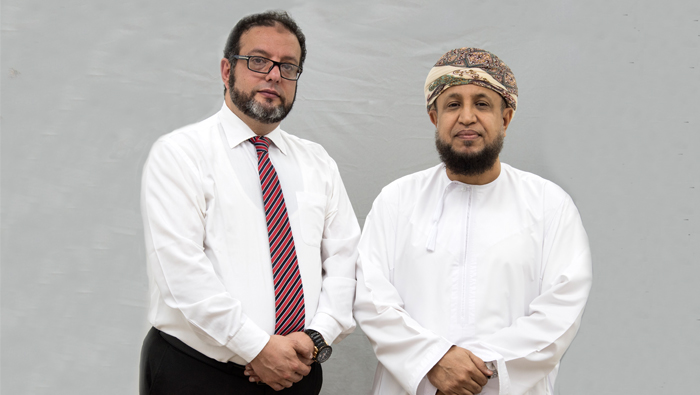 Muscat: Microbiologists at Sultan Qaboos University have patented what they believe is a breakthrough treatment for gangrene.
The experts, from the university’s Department of Microbiology and Immunology, fed a mixture of tropical herbs to a camel, and then used its milk and saliva to derive the potion.
Early results were so positive in the treatment of gangrene that the university has now patented the product.
A university spokesman said, “Sultan Qaboos University received a new patent for the invention based on the “Therapeutic composition for treating gangrene” invented by Dr. Sidgi Syed Anwar Abdo Hasson and Prof. Ali Abdullah Hassan Al Jabri from the Department of Microbiology and Immunology, College of Medicine & Health Sciences.
“The patent application for this invention was filed on 16/10/2017 and granted from the United States - USPTO. The invention relates to the treatment of dry and wet gangrene, and particularly to a method of making a therapeutic tropical plants and camel products-based composition for the treatment of gangrene.”
“The invention is a scientific breakthrough resulting from several years of research work involving a wide range of scientific disciplines. Gangrene is a serious condition in which a loss of blood supply causes body tissue to die. It can affect any part of the body but typically starts at the toes, feet, fingers and hands,” the spokesman added.
“The management of gangrene differs according to whether it is sterile/aseptic (dry) or infected/septic (wet). Surgical removal of dead tissues and amputation are usually reserved for infected or septic wet gangrene as a result of infection in immune-compromised patients with diabetes. Despite efficacious anti-microbial treatment and improved supportive measures, ‘wet’ gangrene treatment still poses immense challenges and is usually regarded as ‘incurable’.
“This new medicament formula could potentially be purposed as a treatment for wet and dry gangrene, according to encouraging data from the preclinical trial,” the spokesman said.
The drug formula composition consists of three elements (i) a mixture of three extracts of tropical herbs, (ii) camel’s milk and (iii) camel’s saliva.
The milk is harvested from a camel that is fed the herbal composition mixed with camel saliva at adequate concentration.
The therapeutic composition was also found to regenerate damaged tissue, as well as bone marrow stem cells in both animals and humans. The composition is effective in curing non-healing wounds of diabetics and “wet” gangrene. The therapeutic composition can also be used to treat wounds, skin ulcers, necrosis and burns.
The method for treating “wet” and “dry” gangrene include administering to a patient an effective amount of the therapeutic composition under close medical supervision. The therapeutic composition is administered both orally and topically.
The composition exhibits remarkable efficacy in treating and curing acute “wet” gangrene, which is generally regarded as “incurable” and mostly requires limb amputation. The novel strategy of using the camel as a manufacturer vehicle could open research gates for other clinical complications’ treatments.