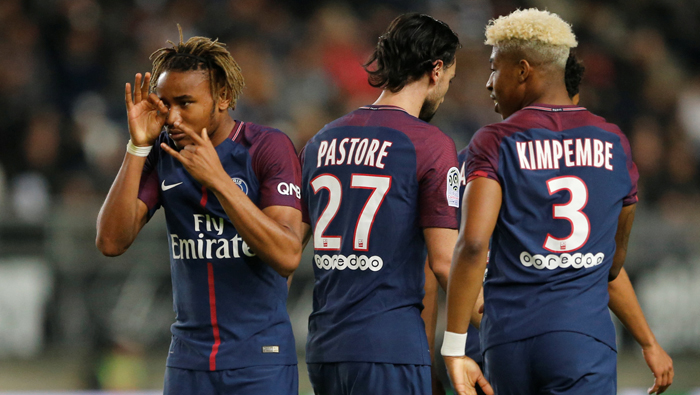 Paris: French champions Paris St Germain were held to a 2-2 draw at Amiens in Ligue 1 on Friday, dashing their hopes of reaching 100 points for the season, while Nimes won promotion back to the top flight after a 25-year wait.
A double from Moussa Konate preserved Amiens' Ligue 1 status as they twice recovered to hold PSG, who made changes ahead of Tuesday's French Cup final against third-tier Les Herbiers but went ahead twice through Edinson Cavani and Christopher Nkunku.
PSG have 92 points from 36 games with two matches left and can still beat their own league record of 96 points set two years ago, while Amiens are 12th on 42 points.
PSG's Ligue 1 top scorer Cavani struck his 28th goal of the season after 26 minutes when he latched on to Javier Pastore's pass but Senegal striker Konate equalised just after the break.
Nkunku put Unai Emery's visitors back in front after 64 minutes from the edge of the area after picking up Thiago Motta's pass but Konate levelled again after a counter-attack 10 minutes before the end with his 12th goal of the season.
Amiens, promoted to the top flight for the first time last year, are 10 points clear of the relegation zone with three matches remaining after the draw at the Stade de la Licorne.
Nimes clinched promotion from Ligue 2 with a 4-0 win over GFC Ajaccio to secure second place behind Reims.
They last played in the top flight in the 1992/93 season.