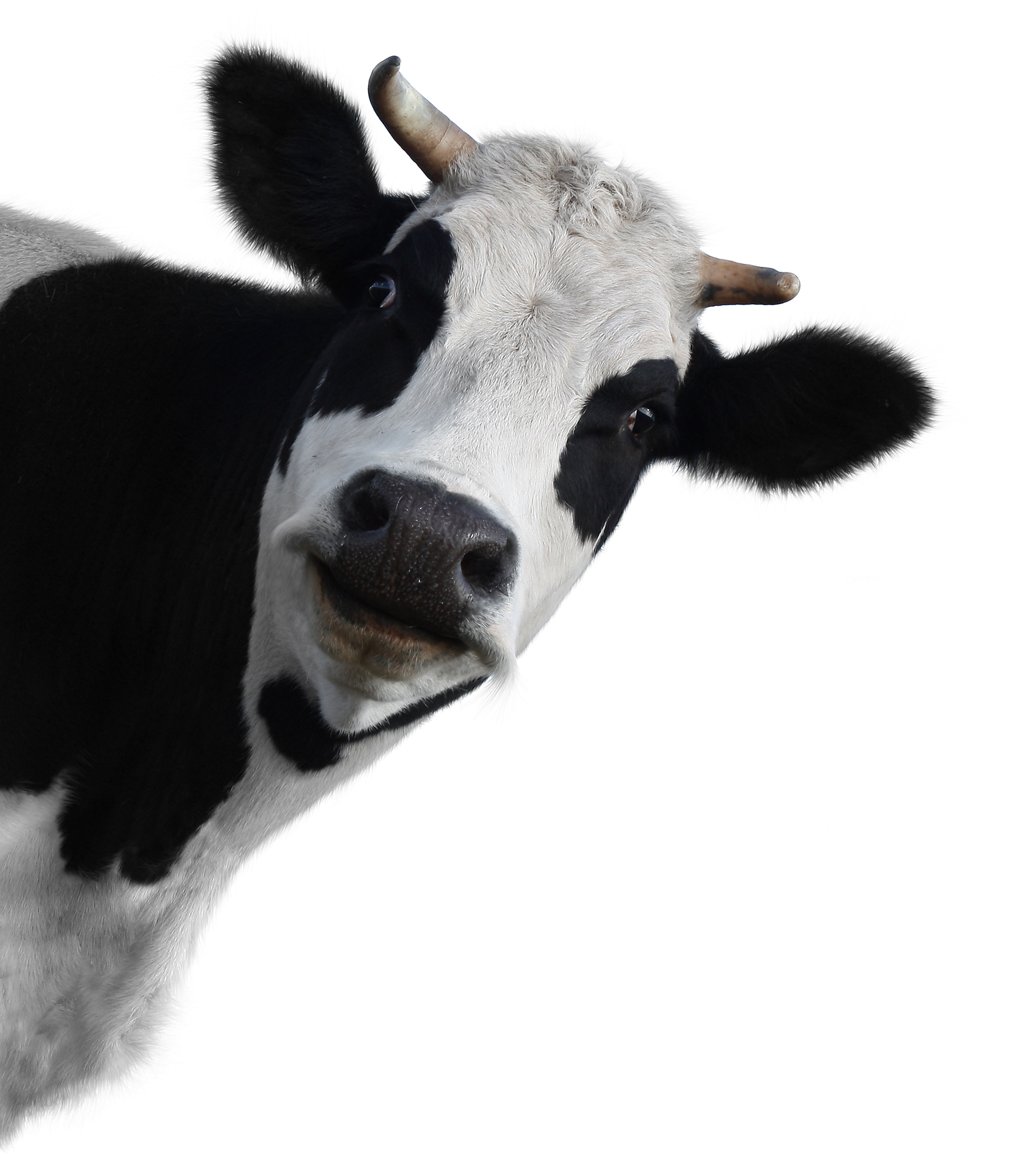 These ruminants or cud chewing mammals are called cows for females, and males are called bulls. Their offspring are called calves. Domesticated by early Neolithic people, cattle have been raised for their strength, their hides, their meat and their milk. Cows are also called the foster mothers of the human race because they produce most of the milk that people drink.

Dairy cows
Dairy cows tend to have angular bodies. Most of their energy goes toward milk production.

Beef cattle
Cattle raised for meat are called beef cattle (they are also used to produce leather and other products). Beef cattle are larger than dairy cows.

Hereford cattle
They originated in Herefordshire, England. A staple in the beef cattle industry‚ it may one day rival the Angus for its high-quality meat.

Charolais cattle
They originated in the Charolles region of France. They produce excellent beef and are often used to improve herds of other cattle breeds.

The Aberdeen Angus
It was originally from Scotland, but the modern, larger Angus has been developed in North America.

The Brown Swiss cow can trace its heritage back to Switzerland around 4000 B.C.

The Guernsey originated on the small Isle of Guernsey in the English Channel just off the coast of France.

Making milk
A cow is able to make milk when she is 2 years old and has given birth. The milk is food for her newborn. Cows produce more milk than calf needs, so humans use the extra milk. Today, most farmers use milking machines because they are quick and clean. Milk leaving the farm must be unaltered and uncontaminated.

Art, custom, and religion
Because cattle have long played a vital role for the survival of people, they have often been depicted in the art and religion of many cultures through the centuries.

Bull-leaping
In the Bronze Age, the Minoans of Crete held bull leaping competitions, but this acrobatic ritual or sport also took place in the Indus Valley, the Hittite Empire and other ancient cultures.

Other important facts
• Milking machines were invented in 1894. Earlier one person would take one hour to milk six cows by hand.
• A cow has 32 teeth and would chew approximately 50 times in a minute and can
• A cow can drink 30-50 gallons of water.
• The most amazing feature of a cow is that it can sleep while standing, have great senses.
–[email protected]