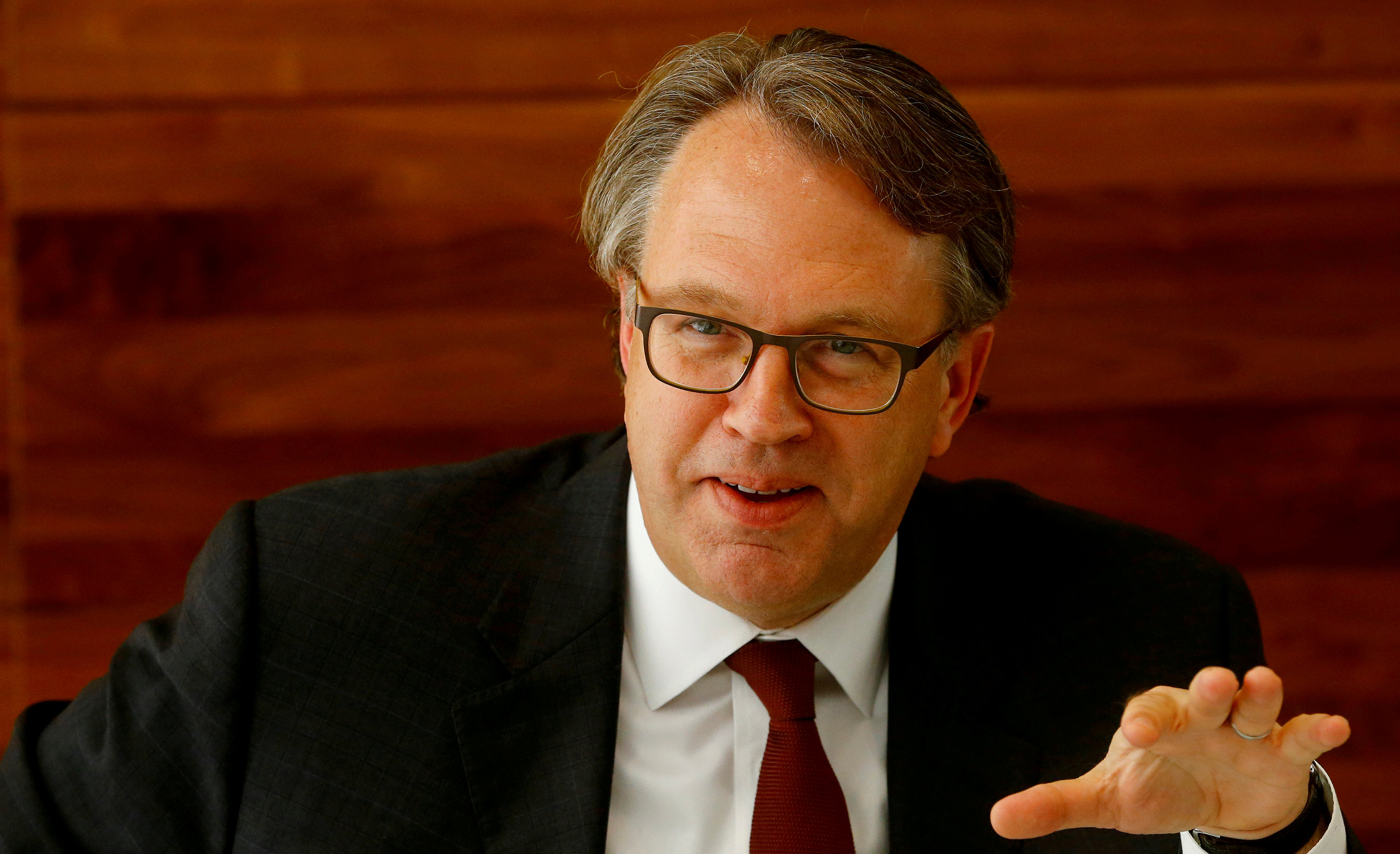 Palo Alto (California)/Washington: Two Federal Reserve officials who are currently voting members of the US central bank's rate-setting committee said on Friday they were keeping an open mind on the total number of interest rate rises needed this year.
San Francisco Fed President John Williams and Atlanta Fed President Raphael Bostic also both said separately that neither was concerned about the prospect of inflation overshooting the central bank's 2 per cent goal.
The Fed in March raised benchmark interest rates to between 1.50 and 1.75 per cent and currently forecasts another two increases this year, although an increasing number of policymakers see three as possible.
Williams said a total of three or four rate hikes this year remained the base case, saying in an interview with broadcaster CNBC: "I still think that’s the right way to think about it given the continued improvement in the economy."
Williams is set to be promoted in June to the head of the New York Fed, seen as the second most influential position at the US central bank.
Bostic told Reuters in an interview on the sidelines of the Hoover Institution's annual monetary policy conference that while he is pretty firmly in favour of three rate hikes this year, "I'm open to going either direction, going back to two (rate hikes) or going to four, depending on what the data show."
Bostic cited the upside potential from tax cuts and new government spending and a "rosy" economic outlook as factors that could require the Fed to tighten rates faster.
Going into this year, Bostic had expected the economy could probably weather only two rate hikes.
US job growth was less than expected in April and the unemployment rate dropped to near a 17-1/2-year low of 3.9 per cent as some out-of-work Americans left the labor force, the Labor Department reported on Friday.
The same report also showed that wages barely rose last month.
Williams said Friday's employment growth coupled with a slow rise in inflation showed the economy was in a good place.
"They've been picking up (inflation data), moving closer to our 2 per cent trend but I don't see any rapid increase in inflation coming, so I feel this is pretty much a ‘Goldilocks’ economy," Williams said.
In their latest policy statement released on Wednesday policymakers on the Federal Open Market Committee made clear that the 2 per cent inflation goal is a 'symmetric' aim, meaning they will not be immediately concerned with increases above it.
On Monday, the Commerce Department said the Fed's preferred measure of inflation jumped 1.9 per cent in the 12 months through March, the biggest increase since February 2017, after increasing 1.6 per cent in the year through February.
Bostic echoed the FOMC's sentiment. "Just because inflation goes a little above the 2 per cent target doesn't mean that we are going to panic or act in a dramatic way," he said.
In a separate appearance in New York, New York Fed President William Dudley also said the US economy was on a firm footing. Regarding inflation, though, he said: "I’m not ready yet to declare victory.”
Dallas Fed President Robert Kaplan meanwhile, in an interview with CNBC, played down the lack of wage growth in Friday's jobs report.
"I think this may be just a one month aberration. Everything I see tells me there's more wage pressure out there," Kaplan said. "For me I think the Fed should continue to gradually remove accommodation."