Kanye West criticised by campaigners for 'unhelpful' stance on slavery 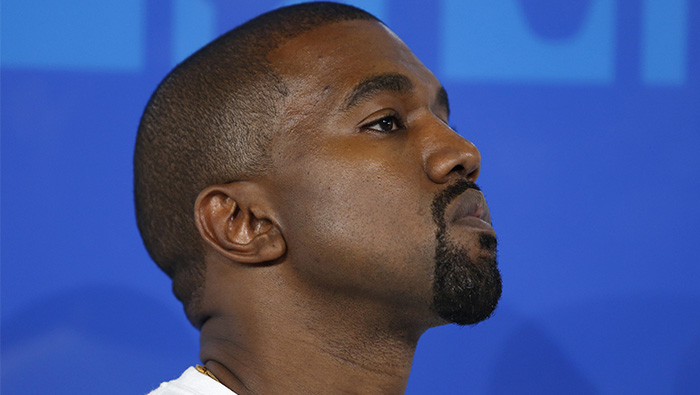 London: Rapper Kanye West's remarks about slavery being a choice were criticised by campaigners as disrespectful to victims and damaging to global efforts to eradicate the crime.
The U.S. award-winning musician's comments on the transatlantic slave trade came in a video interview on Tuesday at the California offices of celebrity website TMZ.com.
During the TMZ interview, shown on its website and shared widely on social media, West says: "When you hear about slavery for 400 years. For 400 years? That sounds like a choice."
Amid outrage, he later said on Twitter: "Of course I know that slaves did not get shackled and put on a boat by free will.
"My point is for us to have stayed in that position even though the numbers were on our side means that we were mentally enslaved."
Yet his initial remarks belittle the nature of modern slavery, said Justine Currell, executive director of British charity Unseen.
"Suggesting anyone chooses a life of abuse and exploitation is incredibly unhelpful and disrespectful to those who have experienced slavery and those who are still being treated in this way," Currell told the Thomson Reuters Foundation.
Estimates vary widely, but as many as 28 million Africans are believed to have been shipped across the Atlantic and enslaved in the Americas between the 15th and 19th centuries.
About 40 million people are now thought to be trapped in forced labour and forced marriages, with women and girls making up 70 per cent of victims, according to a landmark joint estimate by the United Nations and rights group Walk Free Foundation.
"More people are enslaved today than at any other point in history," said David Westlake, chief executive of the International Justice Mission UK, an anti-trafficking charity.
"Just like slavery was not a choice for people sold during the transatlantic slave trade, slavery is not a choice today."
Following a year's Twitter silence, the rapper and fashion designer, has posted a series of startling interviews, tweets and videos, saying he may run for U.S. president, promising four new albums and comparing himself to Henry Ford and Walt Disney.
While condemning his comments, British anti-trafficking charity The Salvation Army said the global attention on West could cast a wider spotlight on the issue of modern slavery.
"That we are talking about slavery today because someone in the public eye has referenced it, may help to remind people that it is still going on right now in every community," said Anne Read, director of anti-trafficking and slavery at the charity.