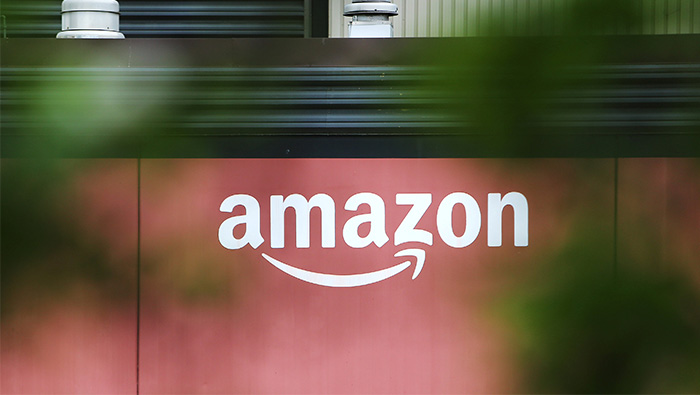 Bengaluru/Mumbai: Amazon.com Inc has made a formal offer to buy 60 per cent of Flipkart , CNBC-TV18 reported on Wednesday, potentially complicating Walmart Inc's bid for majority ownership of the Indian online retailer.
The news underscores how Amazon is focused on winning India's fledgling e-commerce market, and the offer could be a ploy to block Walmart from bringing its expertise in logistics and supply chain management to Flipkart, people familiar with the matter said.
Reuters reported last month that Walmart was close to buying a majority stake in Flipkart, Amazon's biggest rival in India, for $10 billion to $12 billion.
The talks with Walmart for what could be its largest acquisition to date are still ongoing, and a deal is expected to be clinched soon, two people told Reuters on Wednesday. However, Amazon was indeed interested in buying Flipkart, said two sources, asking not to be named. They declined to give further details.
A spokesman for Walmart declined to comment. Amazon said it does not offer comments on rumours and speculation, and Flipkart did not immediately respond to a request for comment.
Amazon's offer could kickstart a new battle between it and Walmart, already fierce retail rivals in the United States. The bid emphasises the importance of gaining a greater foothold in online sales in India, a market expected to be worth $200 billion a year within a decade.
Jeff Bezos, Amazon's chief executive, touted in a letter to shareholders last month that Amazon was India's fastest growing online marketplace.
The world's largest online retailer has been pouring billions of dollars into India to ship goods to shoppers faster, contributing to growing losses internationally. A Walmart-Flipkart deal could lead to more intense price competition, retail consultants said.
On Wednesday, Indian broadcaster CNBC-TV18 reported that Amazon had offered Flipkart a breakup fee of $2 billion to convince it to discuss an offer, which analysts say would bring with it substantial antitrust challenges. Flipkart and Amazon dominate the online shopping space in Asia's third-largest economy.
Flipkart had vetoed an approach from Amazon for a 51 to 55 per cent stake in the company two years ago, a source told Reuters, judging its offered price as far too low at the time.
"Now with Walmart in the mix things are different," the source said. "To the best of my knowledge no decision has been made yet. There is no deadline per se."
CNBC-TV18, citing unnamed sources, said Amazon's new bid was likely to be on par with Walmart's, but that Flipkart's investors and founders continue to favour the deal with Walmart, with founder Sachin Bansal overseeing final negotiations.
Worldwide moves
Walmart and Amazon's interest in gaining share in India comes after both retailers have struggled to grow in China, ultimately losing ground to Chinese e-commerce firm Alibaba Group Holding Ltd.
A successful move by Amazon to grab Flipkart would likely send Walmart back to the drawing board when it comes to India, retail consultants and analysts said.
"The stakes are really high for Walmart," said Brian Yarbrough, senior research analyst with Edward Jones. "It will be very hard for them to win India back if they miss this opportunity."
Investors expect faster returns from Walmart's investments compared to Amazon, said Yarbrough, a move that limits the brick-and-mortar retailer's ability to spend big on acquisitions in growth markets.
Sales from Walmart International, which runs about 6,300 stores globally, stood at $118 billion in the fiscal year ended 2018, down nearly 14 per cent from 2014.
In an effort to fix its international performance, Walmart in January appointed Chief Operating Officer Judith McKenna to run its international unit and has indicated it will focus on its core North American markets and growth markets like China and India.
Its urgency to stem market share losses has seen it launch talks to merge its British arm Asda with Sainsbury's.
In an interview with Reuters on Tuesday, McKenna downplayed analyst criticism that the company has been slow to move in India.
"We have been deliberate and thoughtful, we were not slow to respond," she said.
Walmart's shares ended 1.22 per cent lower at $86.34 on Wednesday.