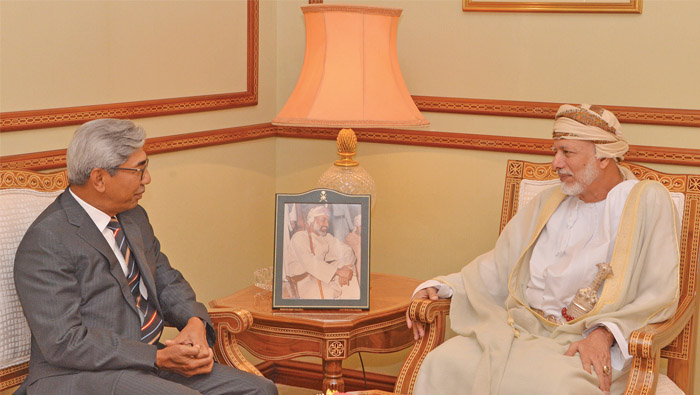 Muscat: Yousuf bin Alawi bin Abdullah, Minister Responsible for Foreign Affairs received at the General Diwan of the ministry on Wednesday Dr. Abdulrahman Mohamed Fakher, Envoy of President Joko Widodo of Indonesia, Deputy Foreign Minister of Indonesia.
The two sides discussed aspects of the existing cooperation between the two countries and means of developing them to serve the interests of both countries.
They also exchanged viewpoints on several regional and international issues of common concern.
The meeting was attended from the Omani side by Dr. Mohammed bin Awadh Al Hassan, Acting Undersecretary of the Foreign Ministry for Diplomatic Affairs, Sheikh Mohammed bin Abdullah Al Qatabi, Head of the ASEAN Department while it was attended from the Indonesian side by Mostafa Tawfiq Abdul Latif, Ambassador of the Republic of Indonesia to the Sultanate.