Plan to bring invention of Omani students to market 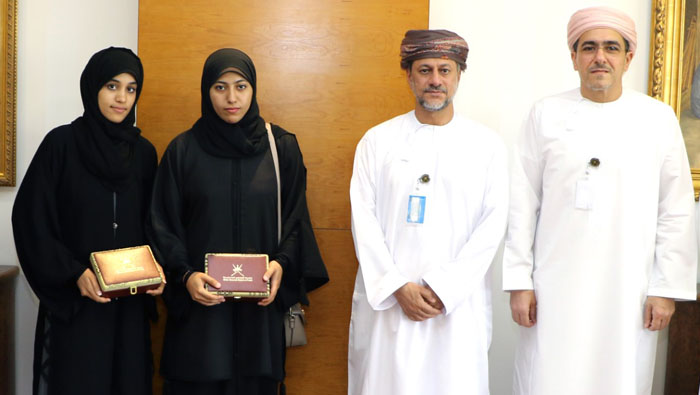 Muscat: Abdulsalam bin Mohammed Al Murshidi, Executive President of State General Reserve Fund (SGRF), met with Ameera bint Said Al Abri and Ishhar bint Said Al Malki yesterday.
The two medical students from the Nursing College of the University of Nizwa won the gold medal at the 46th International Exhibition of Inventions in Geneva, Switzerland for their invention of a device to monitor the blood glucose for the elderly and those with disabilities, especially the blind people.
The meeting aims to explore the possibility of transferring the students’ invention from idea on paper to become an industrially viable product.
Al Murshidi valued the new invention, and expressed his appreciation of the outstanding achievement of the two students, and wished them all success in the future.
The new invention is intended for elderly and people with special needs, including blind, where they can use the device alone to measure the level of sugar in the blood. The invention is the first of its kind in the world.