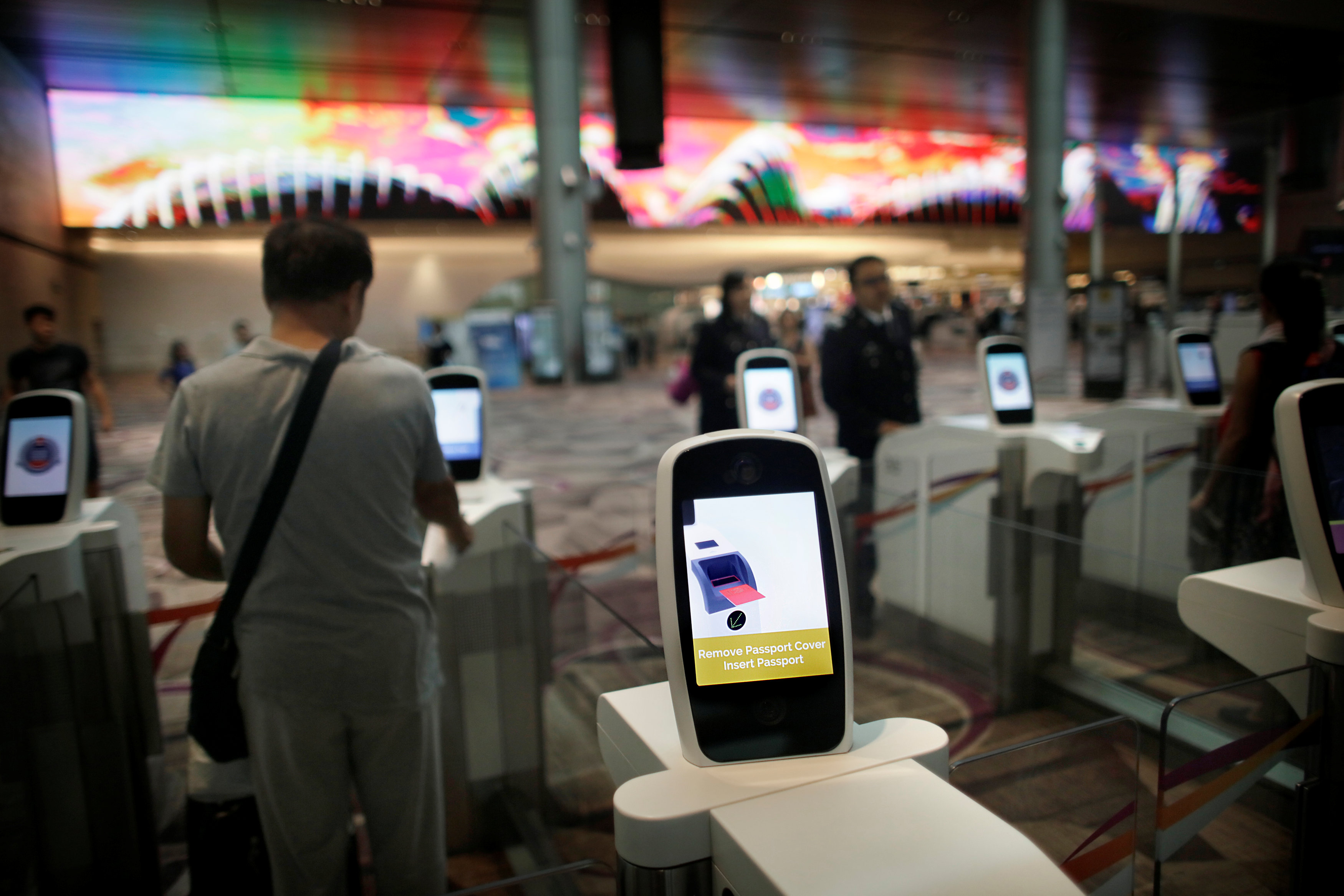 Singapore: Ever been delayed on a flight because of straggling fellow passengers?
That might be an annoyance of the past at Singapore's Changi airport which is testing facial recognition systems that could, in future, help locate lost travellers or those spending a little too much time in the duty-free shops.
Changi Airport, ranked the world's best for six years straight in a survey by air travel consultancy Skytrax, is looking at how it can use the latest technologies to solve many problems - from cutting taxiing times on the runway to quicker predictions of flight arrivals.
It comes as the island state embarks on a 'smart nation' initiative to utilise technology to improve lives, create economic opportunity and build community ties. However the proposed use of cameras mounted on lampposts that are linked to facial recognition software has raised privacy concerns.
Steve Lee, Changi Airport Group's chief information officer, told Reuters that the airport's experiments are not from a "big brother" perspective but solve real problems.
"We have lots of reports of lost passengers...so one possible use case we can think of is, we need to detect and find people who are on the flight. Of course, with permission from the airlines," said Lee.
Facial recognition technology typically allows users to match the faces of people picked up on cameras with those in databases.
Lee said they have tested technology that could allow for this, and are working with various businesses, adding that they should have some capability to do this in a year's time.
While he declined to provide names of the firms involved, France's Idemia, previously known as OT-Morpho, has previously provided some facial recognition technology to Changi.
Chinese firm Yitu, which recently opened its first international office in Singapore, told Reuters it was in discussions with Changi Airport Group. Yitu says its facial recognition platform is capable of identifying more than 1.8 billion faces in less than 3 seconds.
Changi's newest terminal, T4, already uses facial recognition technology to offer self-service options at check-in, bag drop, immigration and boarding.
The technology means there are fewer queues and fewer visible airport or security staff.
Luggage is dropped at unmanned booths that take your photo and match it against your passport. You are snapped again at an automated security gate at immigration - a picture that is used to verify your identity at the boarding gate.
Changi is exploring how facial recognition can be implemented in its three older terminals for automated bag drop and immigration.
The airport sees T4 as a test bed for its fifth terminal, which will be up and running in about a decade.
"Today you take passport, you show your face and you show your boarding pass," said Lee, adding it may, however, be possible to use biometrics instead.
"Then actually in future, you just take your face. You don't need your passport," he said.
Other technology trials underway at the airport use sensors to measure when an aircraft pushes back from the gate and when it takes off, data that has improved decision-making and shaved about 90 seconds off of aircraft taxiing time per flight during peak hours, said Lee.
Another programme uses artificial intelligence that gathers wind, weather and landing direction to learn to better predict flight arrival times.
With such technology, the airport is now able to estimate a flight's landing time when it's two hours away having previously only been able to make an accurate estimate 30 minutes to an hour ahead.
Lee said this helps create efficiencies in everything from gate planning to arrival queues.
He said a smart nation strategy begins at a country's airport. "You can't say you are a smart nation when you come to the airport and it's not so smart."