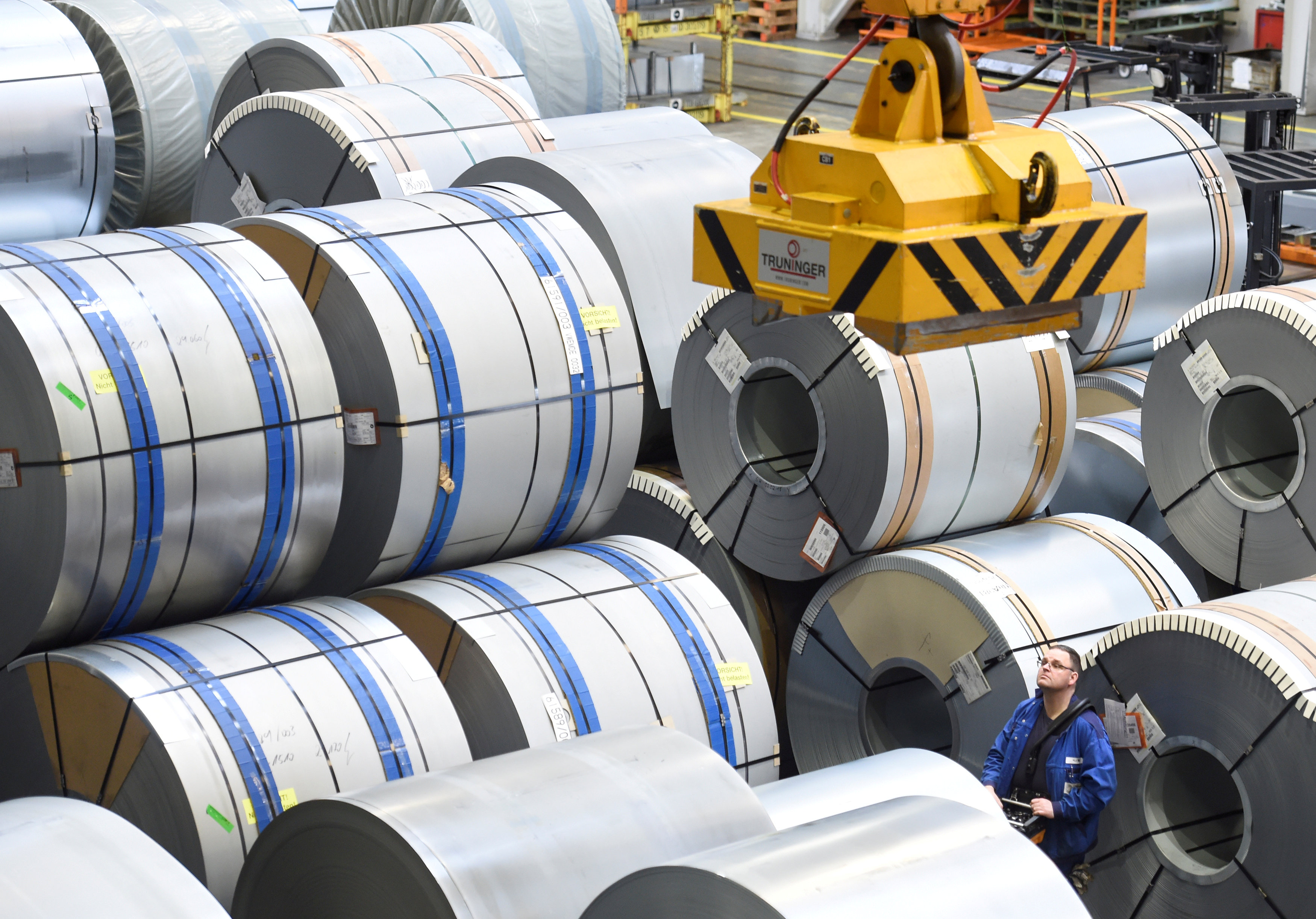 Brussels: The European Commission said on Tuesday that US President Donald Trump's decision not to impose steel and aluminium tariffs on the European Union for now prolonged business uncertainty and the EU should get a permanent exemption.
On Monday the White House announced that Trump had extended a temporary reprieve from the tariffs for the EU, Canada and Mexico until June 1, just hours before they were due to come into force. He also reached agreements for permanent exemptions for Argentina, Australia and Brazil, it said.
The Commission, which coordinates trade policy for the 28 EU members, acknowledged Trump's decision but said the EU should be permanently exempted from the tariffs since it was not the cause of overcapacity in steel and aluminium.
Germany, whose trade surplus has attracted criticism from Trump, said it too expected a permanent exemption, with neither side having an interest in escalating trade tensions.
Trump has invoked a 1962 trade law to erect protections for US steel and aluminum producers on national security grounds, amid a worldwide glut of both metals that is largely blamed on excess production in China.
"The US decision prolongs market uncertainty, which is already affecting business decisions," the Commission said.
"The EU should be fully and permanently exempted from these measures, as they cannot be justified on the grounds of national security," it continued.
EU business federation BusinessEurope called the extended respite positive, but said that companies needed predictability. Germany's DIHK Chambers of Commerce and Industry said the delay did offer the opportunity to defuse the trade conflict.
Britain's trade minister Liam Fox said he was delighted that Trump had decided to extend the temporary exemption, saying hitting British imports made no sense.
The tariffs, which have increased frictions with US trading partners worldwide and have prompted several challenges before the World Trade Organization, are aimed at allowing the two US metals industries to increase their capacity utilisation rates above 80 per cent for the first time in years.
European steel association Eurofer said the US decision was welcome, albeit temporary, but said it was concerned a surge in imports already seen in the past few months could increase as countries redirected exports to the open EU market.
The European Union had consistently shown it was willing to discuss concerns about the openness of each other's markets, but would not negotiate under threat, the Commmission said.
"Any future transatlantic work programme has to be balanced and mutually beneficial."
EU Trade Commissioner Cecilia Malmstrom would continue discussions with US counterparts, Commerce Secretary Wilbur Ross and Trade Representative Robert Lighthizer, the Commission said in the statement.
The Commission has said the EU will set duties on 2.8 billion euros ($3.4 billion) of US exports, including peanut butter and denim jeans, if its metals exports to the United States worth 6.4 billion euros are subject to tariffs.
Economists say the stand-off could tip towards a trade war if Trump responds with further tariffs, such as on EU cars.
Trump has complained about the EU import duty of 10 per cent on cars, compared with the US rate of 2.5 per cent. The EU has stressed that for other products, such as trucks, it is the United States that has a higher tariff.