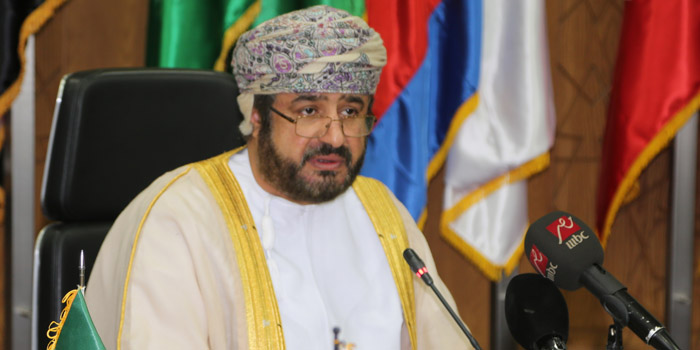 Cairo: Sheikh Khalid bin Omar Al Marhoon, Minister of Civil Service chaired the 55th ordinary session of the General Assembly of the Arab Organisation for Administrative Development (ARADO), held in Cairo, Egypt, in the presence of Ministers and Heads of Civil Service and Administrative Development Organisations in the Arab States, and Nasser Al Hatlan Al Qahtani, Director General of ARADO.
The Sultanate’s chairmanship of this meeting, represented by the Ministry of Civil Service, comes in recognition for Oman’s appreciated contribution to the Organisation’s work and its continuous promotion of joint Arab action. The Minister of Civil Service thanked the Egypt, the Government, and the people for hosting this meeting.
He also praised all the efforts exerted by the member states to improve the organisation’s work and develop its internal systems and mechanisms.
He added that these efforts were reflected in the performance indicators of the Organisation and the quality of its activities and implemented
programmes.
He commended the efforts of all Arab countries to develop administrative work, and their constructive cooperation with the organisation to achieve the objectives behind its establishment, most notably the improvement of the administrative work in the Arab world, praying to the Almighty Allah to confer success on all.
The agenda of the meeting contained a number of items, including the election of the new executive board of ARADO for the next two years (May 2018 - May 2020), where Oman’s membership was renewed, for its active role and contribution to the development of the activities and programmes of the organisation and its participation in conferences, symposia and specialised programmes, and submitting several proposals that contributed to the development of the Organisation’s work.
The meeting was attended by Sayyid Salim bin Musallam Al Busaidi, Undersecretary of the Ministry of Civil Service for Administrative Development Affairs, Dr. Ali bin Ahmed Al Isaie, Sultanate’s Ambassador to the Arab Republic of Egypt and its Permanent Representative to the Arab League and Khalfan bin Nasser Al Wahaibi, Director General of Audit and Administrative Follow-up at the Ministry of Civil Service.