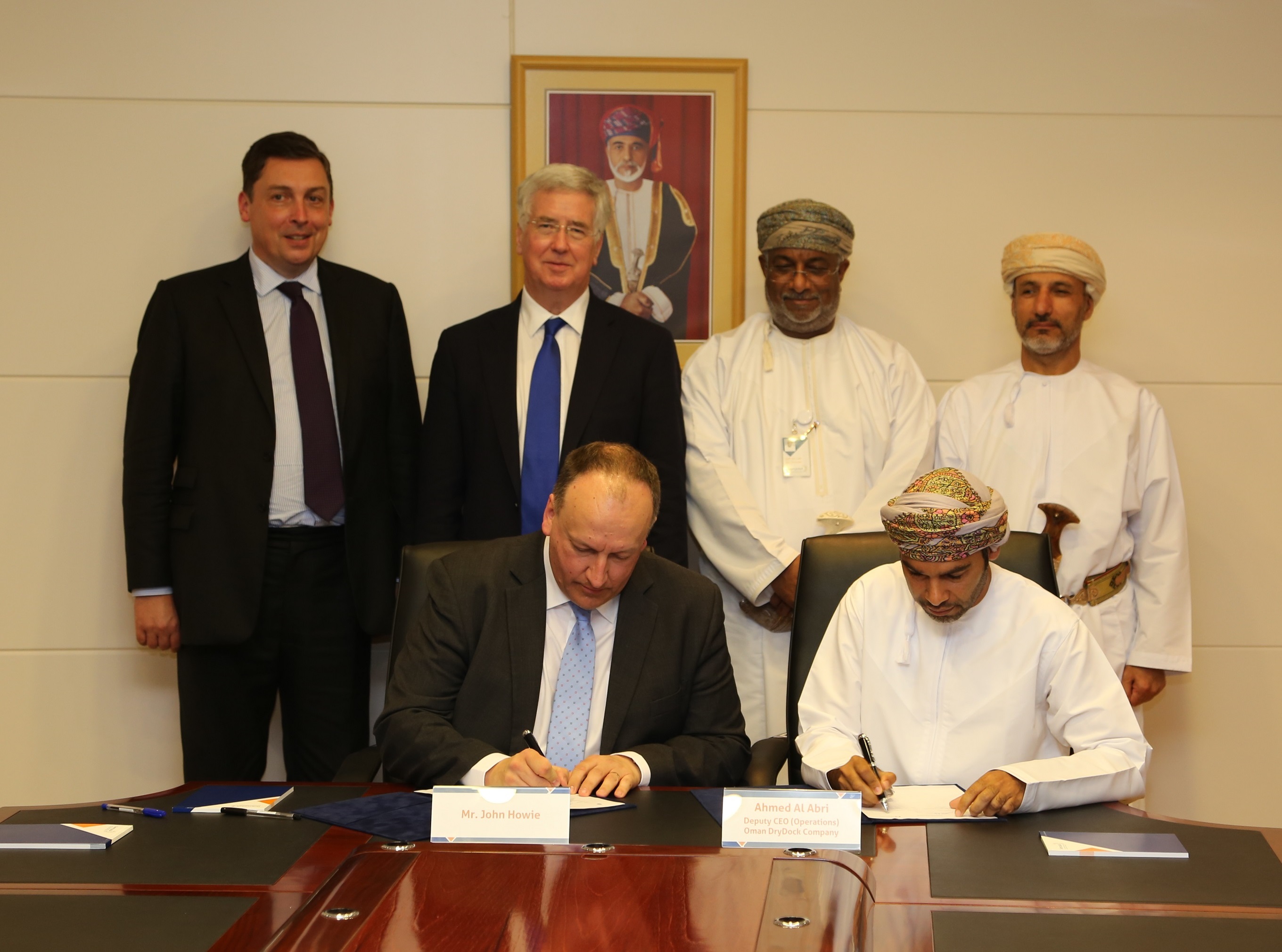 Bilateral relations between the Sultanate and Britain, and issues of mutual interest for the two friendly countries, have been reviewed during the meeting. In addition, the role that could be played by such cordial visits in promoting the collaboration between the two countries has also been considered.

During the meeting, Yahya bin Said bin Abdullah al-Jabri briefed the visiting guest about the potentialities of the Special Economic Zone at Duqm, the features it enjoys, and the incentives provided by SEZAD for investors and projects that are currently being carried out in the Zone.

Al-Jabri emphasized that the Sultanate welcomes the British investments in the SEZAD. He praised the collaboration between the companies operating at the SEZAD and the British companies.

SEZAD Chairman explained that the zone is distinguished by its diverse investment opportunities available for investors. He hailed the local and international attention enjoyed by the zone.

For his part, Michael Fallon, British Defence Secretary, hailed the growth and prosperity witnessed by the Sultanate in the modern Renaissance Age. He expressed his hope in promoting the collaboration between the two countries.

On the sidelines of the meeting, a memorandum of understanding has been signed between Oman DryDock Company (ODC) and Babcock International Group, with the objective of providing expertise and technical support in maintaining vessels and military fleets. The agreement was signed by Dr. Ahmed Al-Abri, Deputy CEO for Operations in ODC, and Mr. John Howie Babcock Divisional Chief Executive.
**media[370597]**
Chairman ODC, Abdulmalik Al Hinai said: “Growth, and the continued development of our capabilities, is vital to our future success; this agreement between ODC and our new partner Babcock International Group, is just the beginning of the journey as, together, we seek to expand our portfolio of maritime services that we will be able to offer to a broader customer base in a dynamic global market.”

Babcock Divisional Chief Executive, John Howie said, “Today’s event recognises the importance of the Memorandum of Understanding agreed between Oman Drydock Company and Babcock International Group, underpinned by endorsement from the UK and Omani Governments. We are constantly striving to develop and improve the way in which we provide services to our customers and this agreement to form a joint venture marks a significant step in our joint commitment to deliver a world-class naval support capability to the Royal Navy, The Royal Navy of Oman and other international navies from the fabulous facilities in Duqm”.