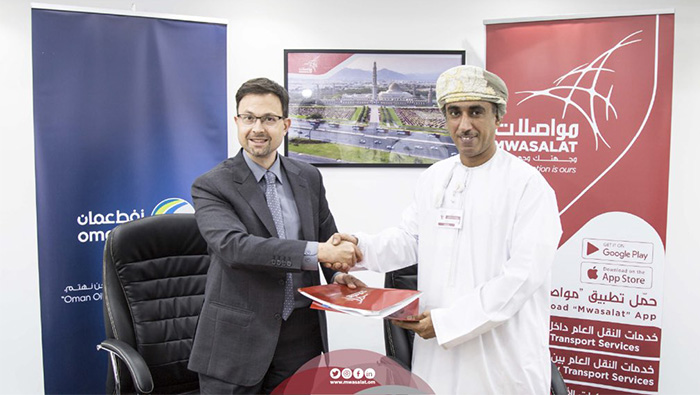 Muscat: Two new solar-powered bus stops will be launched by the Oman National Transport Company Mwasalat and Oman Oil Marketing Company.
The two organisations signed an agreement on Monday, to establish solar-powered air-conditioned bus stops that will be located in Al Ghubra.
According to Mwasalat, "The bus stops will be located in Al Ghubra in Muscat, with one stop located opposite Al Raffah Hospital and the other one opposite the Oman Oil fuel station near the Sultan Qaboos Grand Mosque."