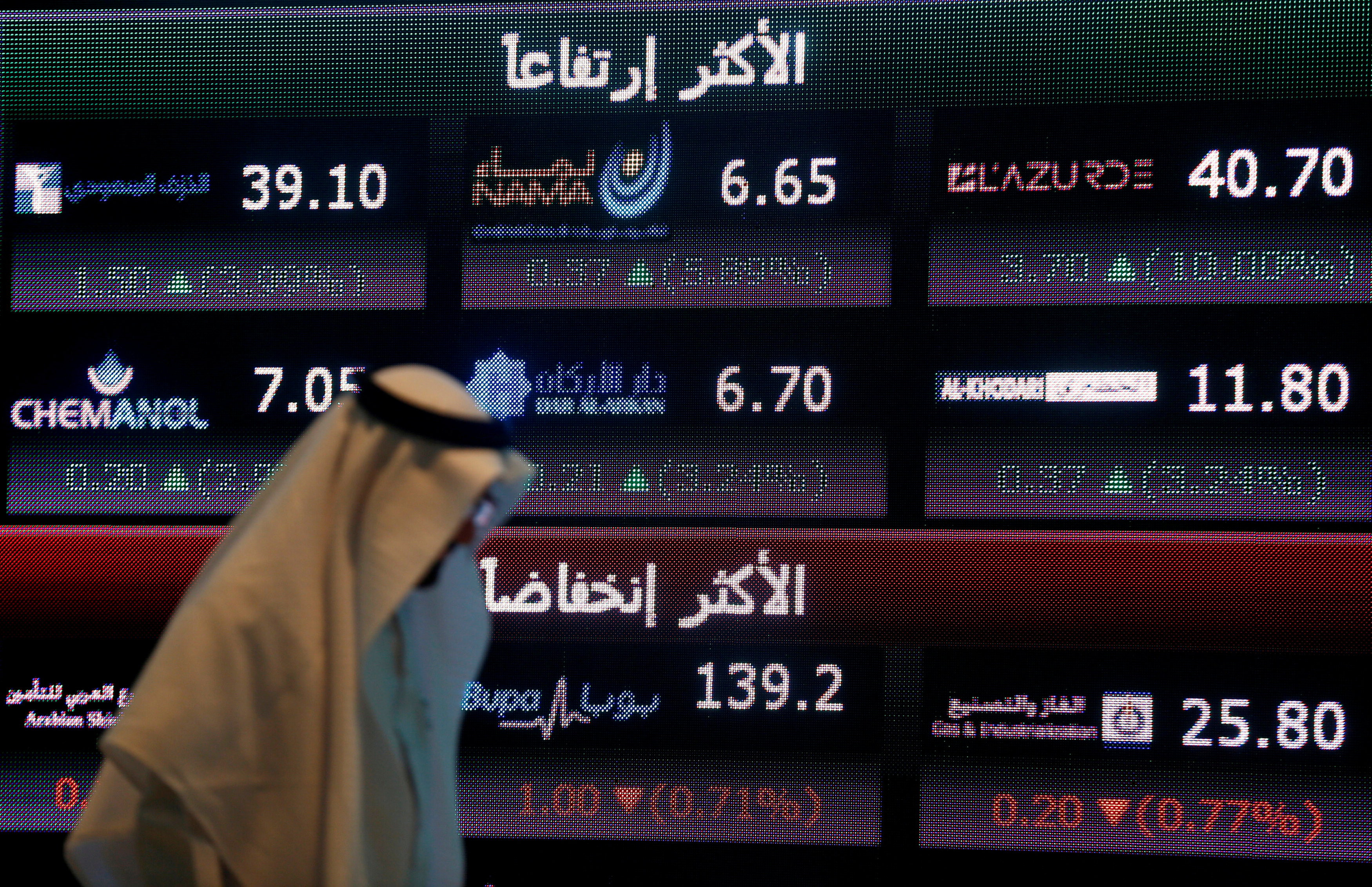 Riyadh: Middle East fund managers intend to pump more money into Saudi Arabian equities in coming months, despite concern about rich valuations, because of Riyadh's expected entry into emerging market indexes next year, a Reuters poll showed on Monday.
Foreign investors turned net sellers of Saudi stocks last week for the first time this year, according to exchange data. The Saudi stock index is up 13.8 per cent this year, trading at over 16 times corporate earnings - higher than most other emerging markets.
But the monthly poll of 13 leading regional fund managers, conducted over the past week, showed they believe capital inflows into the kingdom are unlikely to slow significantly.
Thirty-eight per cent expect to raise allocations to Saudi equities in the next three months and 8 per cent to reduce them. In the previous poll, 46 per cent expected to increase Saudi allocations and 23 per cent to cut them.
Much of the optimism is based on expectations that equity index compiler MSCI will decide in June to upgrade Saudi Arabia to emerging market status, after FTSE Russell decided last month to do so with effect from March 2019.
"The continuing liquidity flows have and are likely to provide strong support to the Saudi market," said Sachin Mohindra, portfolio manager at Abu Dhabi's Invest AD.
He predicted the Saudi banking sector, heavily weighted in the market, would benefit from rising interest rates while the kingdom's privatisation programme, formally launched this month, would attract long-term investors.
Managers also cited strong oil prices, with Brent crude near $75 a barrel, and the fact that foreigners still own only 5.1 per cent of the Saudi market.
"Current foreign ownership of the market is miniscule compared to that of mainstream emerging markets and only a handful of global funds are invested in the market," said Vrajesh Bhandari, portfolio manager at Al Mal Capital in Dubai.
The fund flows into Saudi Arabia have come partly at the expense of other markets in the region, particularly those in the United Arab Emirates.
"There was a clear rotation in the past few weeks of fund flows from UAE and towards Saudi Arabia, and to a lesser extent Qatar. We expect this trend to continue in the coming months," said Talal Samhouri, head of asset management at Amwal in Doha.
The latest poll showed managers split on the prospects for UAE stock markets, with 31 per cent expecting to raise allocations and the same ratio intending to reduce them.
Just as rich Saudi valuations are one reason for caution in Saudi Arabia, low valuations in the UAE are attractive to some managers.
Major Saudi real estate firm Dar Al Arkan is trading at more than 28 times earnings over the past 12 months, for example, while Dubai blue chip Emaar Properties is barely above seven times.
Saudi Arabia is the sixth best-performing market in the world, and "this has been partly at the expense of Dubai, which is languishing down 10 per cent this year and is the world’s fifth worst-performing market," said Akber Khan, head of asset management at Al Rayan Investment in Doha.
He added, "Despite a sluggish local economy, a number of blue chips in Dubai now represent extreme value, and patient investors entering at these levels will likely be richly rewarded."