Municipality removes hundreds of fish after truck accident in Muscat 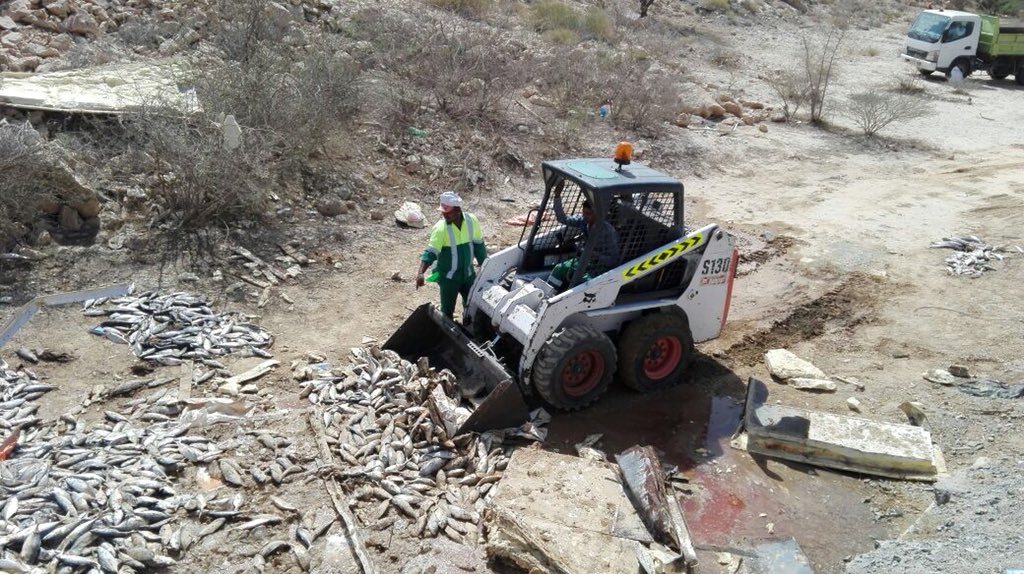 Muscat: Municipal authorities have cleared a large number of fishes that were left by the side of a road, after a truck met with an accident in Seeb.
In pictures released by the authorities, municipal employees can be seen using a small excavator truck to remove the fish.
In a statement, the agency said, "Muscat Municipality in Al Seeb removed the remnants of a traffic accident, that resulted from a truck accident that was selling fish, in the area of Jafnayn."