US warns North Korea must take 'irreversible' steps to denuclearize 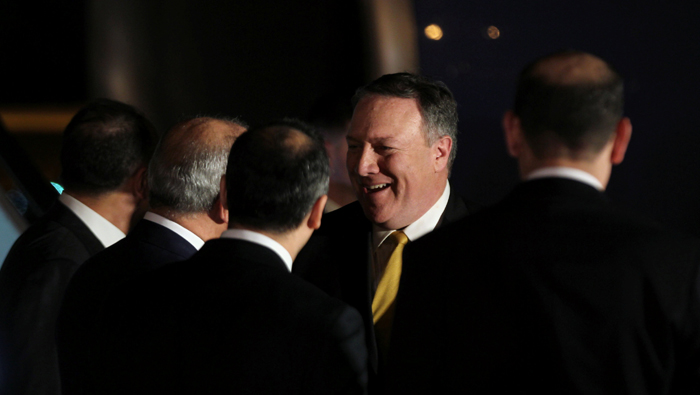 Washington: US Secretary of State Mike Pompeo said on Sunday that he told Kim Jong Un that the North Korea leader would have to agree to take "irreversible" steps toward shutting its nuclear weapons program in any deal with US President Donald Trump.
"We use the word 'irreversible' with great intention," Pompeo told ABC News. "We are going to require those steps that demonstrate that denuclearization is going to be achieved."
Pompeo's comments were the most extensive yet regarding his Easter weekend talks in Pyongyang with Kim in preparation for a summit next month between the North Korean leader and Trump.
Pompeo, the former CIA director who was sworn in as the top US diplomat on Thursday, said his meeting with Kim was "a productive one" and that he left Pyongyang convinced there is "a real opportunity" for the North Korean leader and Trump to strike a deal.
Kim expressed his readiness to discuss Trump's demand "and to lay out a map that will help us achieve that objective," Pompeo said. His assessment likely will add to hopes for a breakthrough that brings peace to the divided Korean peninsula following an historic summit last week between Kim and South Korean President Moon Jae-in at which the pair vowed "complete denuclearization."
And while Pyongyang says it will close its nuclear test site next month, Kim and Moon did not outline concrete measures to be taken to achieve that goal of denuclearization.
Pompeo made clear that Trump will be seeking Kim's commitment to such steps, and added that the United States will also take matching actions, without providing details.
Trump's new national security adviser John Bolton said in an interview with CBS News, also aired on Sunday, that Kim may have "concrete and tangible" ideas about giving up his nuclear arms program "and we should hear him out." But he and Pompeo cautioned that North Korea has a history of reneging on its commitments.
Bolton said that a recent absence of weapons and missile tests by North Korea "could be a very positive sign" or a sign that the programs have reached advanced stages and testing is no longer needed.
Pompeo said that the United States also will have to match North Korea's actions, although he provided no details.
"Both countries will have to do more than words," said Pompeo. He repeated that Trump will maintain a "pressure campaign" of harsh sanctions on impoverished North Korea until Kim shutters his nuclear weapons program.
Pompeo said that at Trump's direction, he spoke with Kim about the release of three US citizens detained by North Korea. He did not elaborate on the outcome of that discussion. North Korea "should look at this very seriously," Bolton said about releasing the trio before the Trump-Kim meeting.
They are "very much on the president's mind" and freeing them would be a "demonstration of their (North Korea's) sincerity," he said.
Pyongyang is holding two Korean-American academics and a Christian missionary, as well as a Canadian pastor and three South Korean nationals who were doing missionary work. Japan says at least several dozen of its nationals are being held in the country.
Otto Warmbier, a 22-year-old American student, died in June 2017, days after he was released, in a coma, after 17 months of captivity. Republican and Democratic lawmakers credited Trump's strategy for Kim's readiness to negotiate. But they also cautioned that the initiative could collapse, and the United States find itself in a conflict with North Korea.
"We're very close to historic peace, but we also are very close to war," Republican Senator Lindsey Graham said on Fox News Sunday. "Because if they play Trump, if Kim Jong Un meets with President Trump and goes back to his old way of doing business, we're on a path to war."