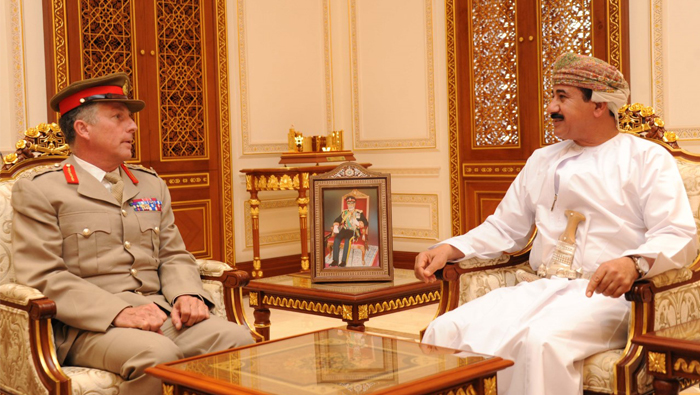 Muscat: Gen. Sultan bin Mohammed Al Nu’amani, Minister of the Royal Office received in his office on Sunday Gen Sir Nick Carter, Chief of the Defence Staff of the United Kingdom (UK) and his accompanying delegation.
Gen. Al Nu’amani welcomed the guest, who expressed his delight to visit the Sultanate.
The two sides exchanged cordial conversations.
They also reviewed the march of the good historic relations binding the Sultanate and the UK in all fields, as well as means of promoting them to serve interests of the two friendly countries. They also touched on a range of matters of common concern.
The meeting was attended by the British Ambassador to the Sultanate.