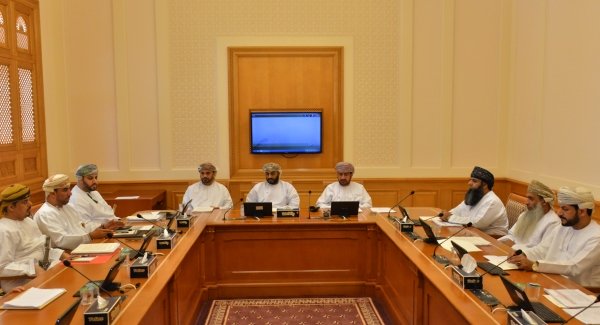 Muscat: A Majlis Al Shura panel discussed the draft anti-money laundering law on wednesday.
The draft law on anti-money laundering and combating terrorism funding has been referred to the Legal Committee of the Majlis Al Shura has been holding discussions on referred to it by the Council of Ministers. During the meeting, the draft law was discussed with a number of specialists from the National Commission for Anti-Money Laundering and Combating Finance of Terrorism.
**media[370580]**
The specialists included His Highness Sayyid Murwan bin Turki Al Said, Chairman of the National Commission for Anti- Money Laundering and Combating Finance of Terrorism; Sheikh Khamis bin Salim Al Khalili assistant public prosecutor and member of the technical committee and Sheikh Sultan bin Mattar Al Azizi member of technical committee.
Dr. Mohammed bin Ibrahim Al Zedjali, Chairman of the Legal Committee of Majlis Al Shura chaired the meeting. A team was formed to review all the laws related to this law. The members of the Legal Committee of the Majlis Al Shura were briefed by the guests on the draft law which is expected to be discussed during the meetings of the Majlis Al Shura during the first week of April.