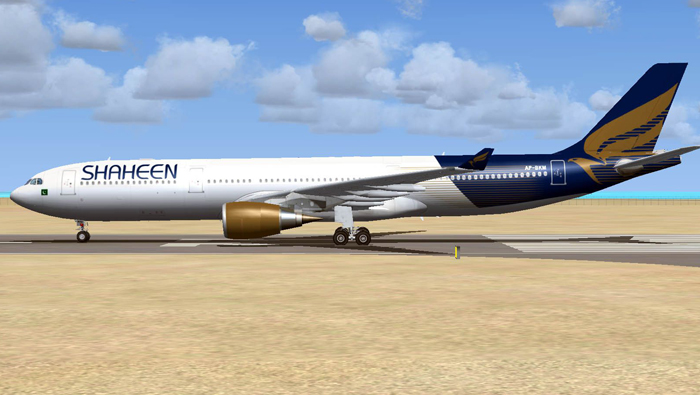 Muscat: Pakistani expatriates in Oman, a large community, will have more options to fly to the country’s capital as Shaheen Air International launches its maiden weekly flight to Islamabad from Tuesday, April 5.
“Shaheen Air is looking to expand its operations in Oman as part of its growth strategy outlined for the Sultanate,” said Huzaifa Halai, manager, Oman, Shaheen Air. The airline is likely to start a weekly flight to Karachi in the near future.
Having started its operations in 1993 as the first private airline in Pakistan, Shaheen Air currently operates flights to more than 12 international destinations.
The flight NL778 will leave Islamabad every Monday at 12.30 pm and arrive in Muscat at 14.45 pm, while it will depart from Muscat every Tuesday at 7 am and arrive at Islamabad at 10.45 am, making it very convenient for passengers who need to travel by road to the interior cities.
“There is an overwhelming demand for travel between Oman and Pakistan due to the existence of strong relations between the two countries. The maiden flight to Islamabad from Muscat will mark a significant milestone for enhancing such ties and also benefit the Pakistani diaspora residing in Oman,” said Halai.
“Expanding operations on the Oman-Pakistan route is in line with Shaheen Air’s growth strategy outlined for Oman,” he added.
The airline will be the first to operate an Airbus A330-200 aircraft on this route. With the launch of the new flight, Shaheen Air will have a total of six flights weekly between Muscat and Pakistan. This includes tri-weekly flights to Lahore, and one weekly flight to Sialkot and Peshawar, respectively.
Shaheen Air also launched services on the Islamabad-Manchester route recently and has further plans to expand its wings to a new destination soon. The airline has also upgraded its equipment on the Muscat-Lahore route to an A330-200 for every Monday departures, Huzaifa further elaborated.
National Travel & Tourism is the General Sales Agent of Shaheen Air in Oman and its office is located in Wattayah.