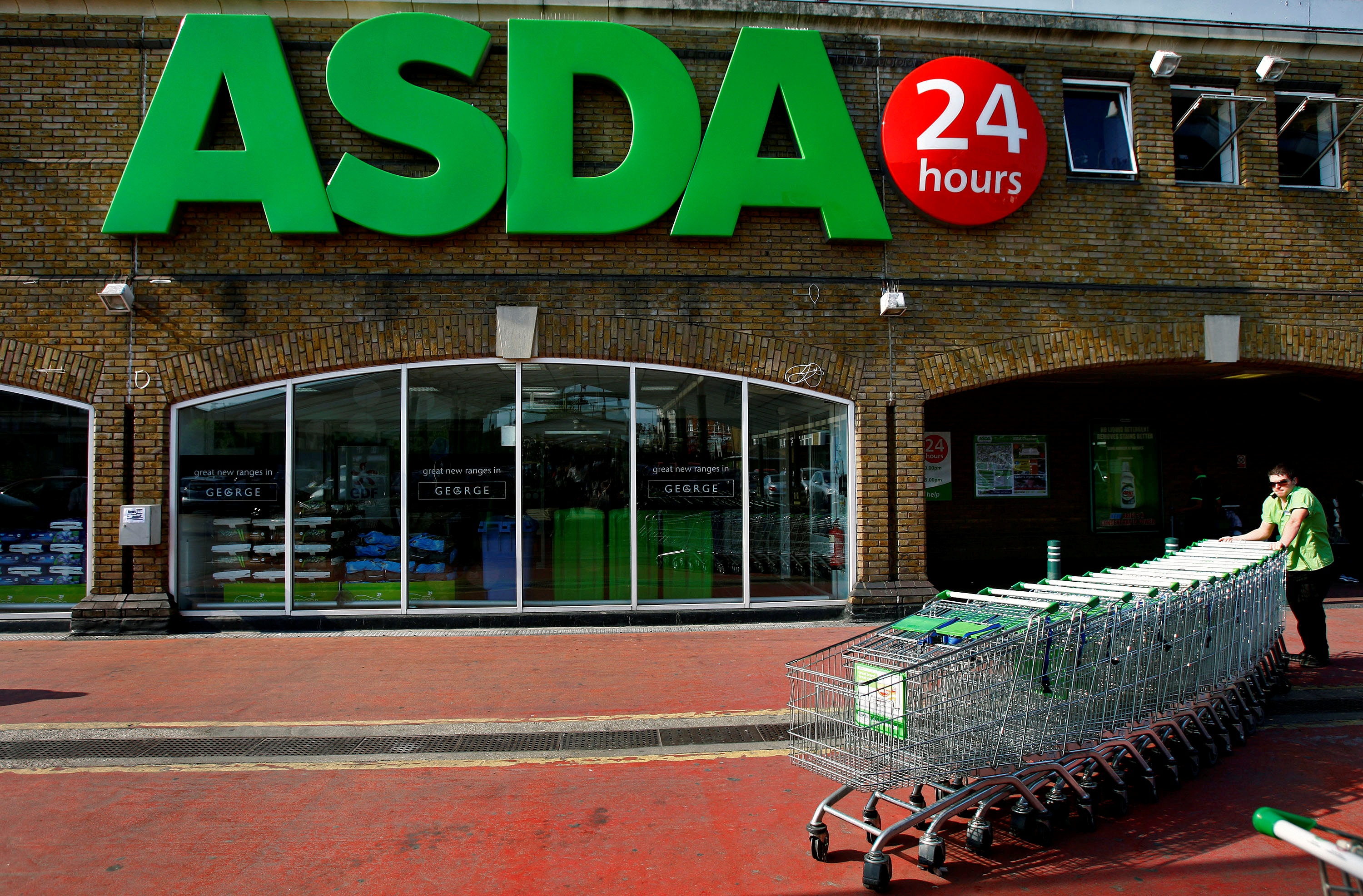 London: Sainsbury's and Walmart's Asda are in talks to create Britain's biggest supermarket group, a combination which would surpass Tesco's grocery market share and be worth up to £15 billion ($20.7 billion).
Sainsbury's confirmed on Saturday that it and Walmart, the world's largest retailer, were in advanced discussions regarding a combination of the Sainsbury's and Asda businesses, the UK's No. 2 and 3 UK grocers. It said they will make a further announcement at 0600 GMT on Monday.
Britain's big grocers, including No. 4 player Morrisons, have been losing share to German discounters Aldi and Lidl and must also deal with growing demand for internet grocery shopping and the march of Amazon.
Sainsbury's gave no details of the deal's structure but a source with knowledge of the situation told Reuters the holding company of the combined group would retain the Sainsbury's name. Sainsbury's Chief Executive Mike Coupe, who used to work for Asda, would lead it, the source said.
The source described the planned deal -- which would consolidate a brutally competitive UK food market while helping Walmart address its underperforming UK arm through greater buying power -- as a "merger".
Three sources with knowledge of the situation said Walmart would take a minority stake in the combined business. Two said Walmart would be the biggest shareholder, with a stake of around 40 per cent.
The Qatar Investment Authority, which has tried to buy Sainsbury’s in the past, is currently the supermarket group’s biggest shareholder with a 22 per cent stake. The deal would probably dilute that holding.
Sainsbury's invited media and analysts to presentations scheduled for Monday, indicating a done deal.
Walmart declined to comment. Asda did not respond to requests for comment.
Sky News, which first reported the news, said the deal could be worth over £10 billion.
One of the sources who spoke to Reuters said the combined company would have an enterprise value, including debt, of around £15 billion and would remain listed in London.
Sainsbury's shares closed on Friday at 269 pence, giving the company an equity value of £6 billion.
The deal would be the largest in the UK supermarket sector since Morrisons acquired the Safeway business in 2004.
Sainsbury's has reported three straight years of profit decline, and is forecast to report a fourth on Wednesday. Asda has seen two years of falls.
Asda, which Walmart bought in 1999 for £6.7 billion, is one of the retail giant's largest and worst-performing international businesses. Analysts reckon Asda was hurt the most by the rise of the discounters, which eroded its traditional price advantage.
"Asda doesn't have discount and it doesn't have convenience. This (deal) provides a potential solution for Walmart to deliver a more profitable Asda in the long run," said Shore Capital analyst Clive Black.
In recent years Walmart has shifted its traditional approach from building overseas businesses itself to partnering with local players, for example in China.
In January, Walmart appointed Chief Operating Officer Judith McKenna to run its international unit with a remit that included fixing its UK operations. McKenna is a Briton and a veteran of Asda, where she served as both COO and finance chief.
Roger Burnley, who took over as Asda CEO in January, is a former Sainsbury's executive, working under Coupe. One of the sources said he would stay at the combined group.
Tesco last month moved to strengthen its grip on the UK food sector, completing the £4 billion purchase of wholesaler Booker. In 2016 Sainsbury's purchased general merchandise retailer Argos for £1.1 billion.
Sainsbury's and the similarly-sized Asda would overtake Tesco with a combined market share of 31.4 per cent versus Tesco's 27.6 per cent, according to the latest data from market researcher Kantar Worldpanel.
Asda stores would continue to trade under their own brand, separate from the more upmarket Sainsbury's, the sources said.
A major uncertainty surrounding any combination would be whether the move secures approval from Britain's competition regulator, the Competition and Markets Authority (CMA), given that the deal would effectively create a duopoly.
However, the CMA's surprise unconditional waving through of Tesco's Booker deal may have changed the regulatory landscape.
"It's going to be a really big test of the CMA's understanding of the market and whether it believes that this deal is in the consumer's interest," said Shore Capital's Black.
"It's hard to believe it would not require considerable store disposals and there aren't many buyers out there."
Reuters