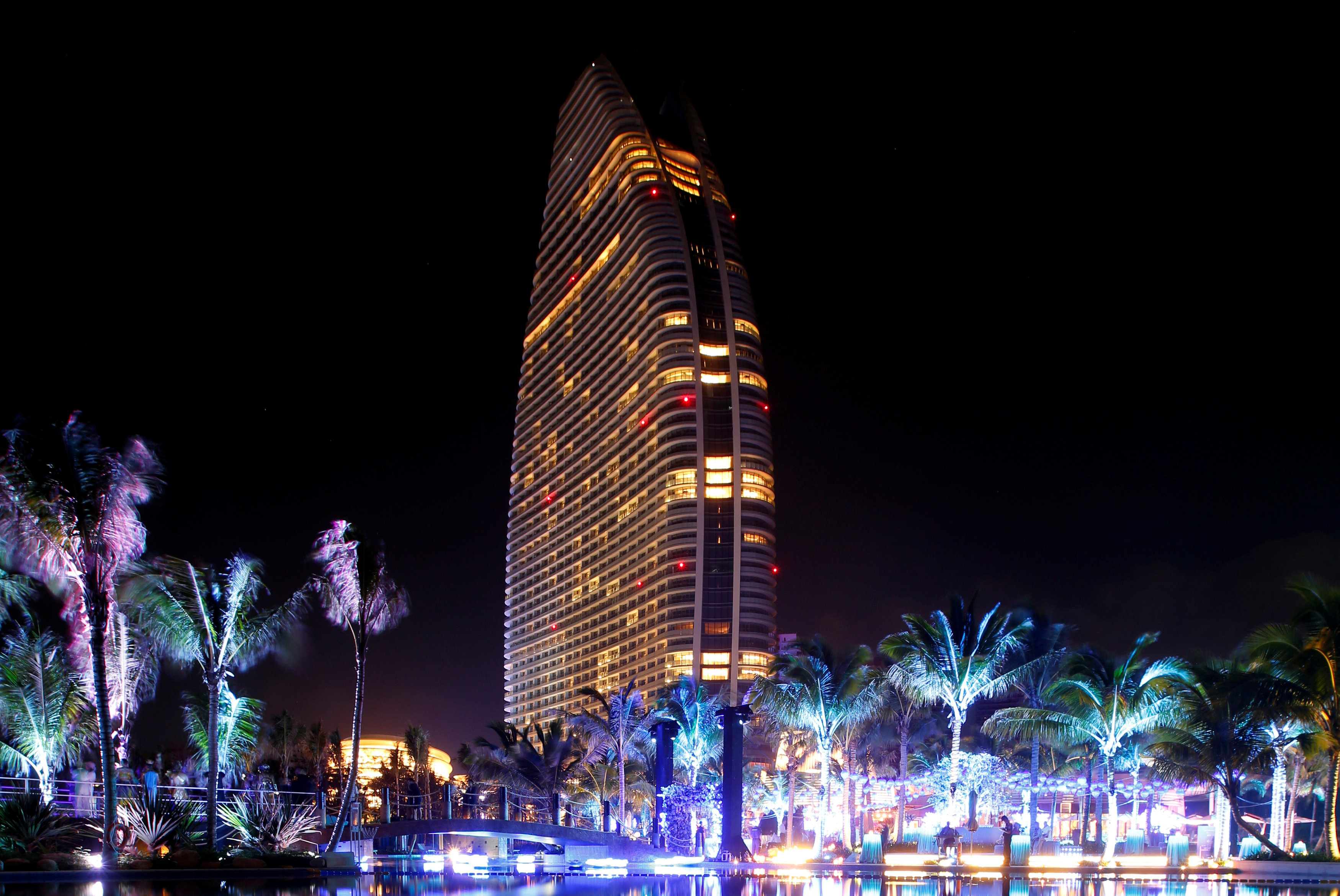 Sanya (China): China's Fosun International Ltd on Saturday launched its Atlantis Sanya luxury resort in a $1.74 billion bet that the sail-shaped development will become an icon in Hainan - China's Hawaii - and a beacon to both domestic and foreign tourists.
The conglomerate's 11 billion yuan ($1.74 billion) investment in China's southernmost province is in line with the central government's desire to further boost tourism in Hainan, already popular among Chinese holidaymakers.
Fosun, co-founded by Chinese billionaire Guo Guangchang, has been one of the country's most acquisitive overseas dealmakers.
But like peers including Dalian Wanda Group and HNA Group, Fosun - China's largest privately held conglomerate - has faced increased scrutiny by Beijing for debt-fuelled, big-ticket foreign deals and is now pursuing a development path more closely aligned with Beijing's priorities.
Tourism is viewed as key to China's shift towards a more consumption-driven model of economic growth from an investment and export-led one. Beijing aims to raise the country's tourism market revenue to 7 trillion yuan by 2020, from 5.3 trillion yuan last year.
Hainan, one of China's top holiday destinations, has sought to internationalise its tourism sector since 2010 after winning approval from the central government to develop international tourism. But only 1.1 million out of 67 million visitors came from abroad in 2017.
Located on Haitang Bay, one of the major bays in Sanya and known for its 22-kilometre strip of white, sandy beaches, Atlantis Sanya was inspired by Dubai's Atlantis, The Palm. The integrated resort offers hotel suites with views of underwater marine life, as well as a water park and a shopping mall.
The resort, owned by Fosun and managed by Kerzner International, occupies an area of 540,000 square metres - equal to 66 soccer pitches - and has 1,314 guest rooms.
"Atlantis Sanya is not only a forerunner of the supply-side reform of the tourism industry, but is also becoming a new landmark of Hainan tourism," Xu Zhenling, vice mayor of Sanya said at a news conference on Saturday ahead of the resort's grand opening scheduled for the evening.
She said the resort will also raise Hainan's profile overseas, as the island province - China's largest economic development zone - seeks to further open up its economy and focus on developing modern tourism, services and high-technology industries.
Plans to build China's first Atlantis resort in Hainan, the third in the world, were first unveiled in 2013.
The resort adds to a broad portfolio owned by Fosun Tourism and Culture Group, a key profit growth driver for the conglomerate, which also owns the French Club Med holiday company and a stake in Canadian theatrical production company Cirque du Soleil.