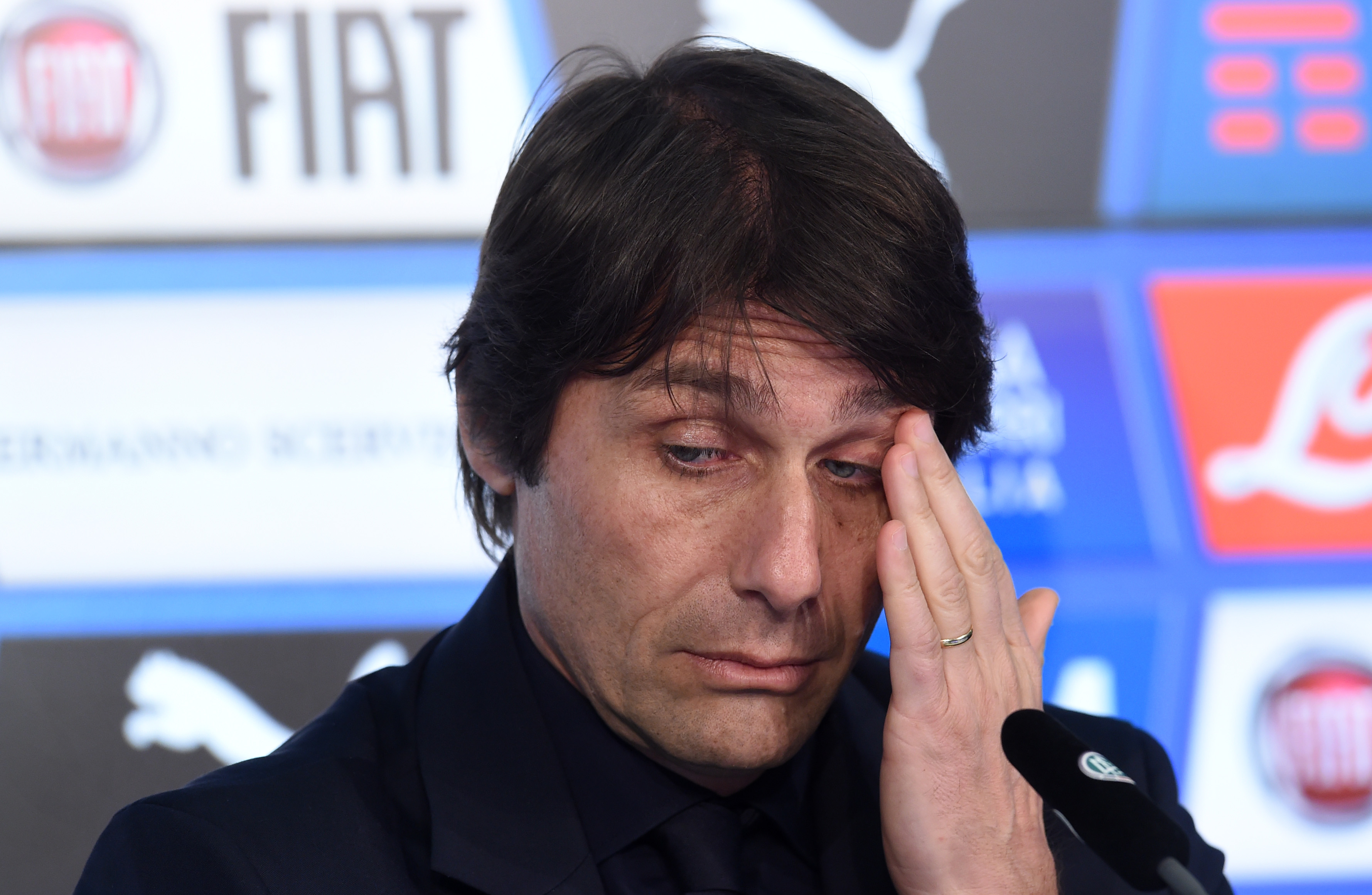 Milan: After 20 months in charge during which he has fielded 49 players and tried a host of different tactical formations, Italy coach Antonio Conte seems no nearer to finding a team which his countrymen can get enthusiastic about.
Italy briefly raised hopes with a lively performance in last week's 1-1 draw against Spain only to have them brought straight back down again on Tuesday as Conte's side were outclassed and thumped 4-1 by Germany.
As usual, Conte praised his players for their effort, something he feels necessary to emphasise after every game, even though most people would expect nothing less from professional footballers representing their country.
"I can't reprimand the lads who had given everything they can in terms of effort, will and determination," he said. "But it wasn't enough. There is a gap we have to make up when we face some teams."
But there were few clues as to what Italy will look like when they face Belgium in their opening Euro 2016 Group E game in Lyon on June 13.
Conte's spell in charge has been strangely uninspiring, especially for a passionate man, who is famous for halftime dressing-room outbursts where he throws bottles of fizzy mineral water against the walls.
He has chopped and changed his team, argued with clubs over the release of players for training camps and sparked controversy by including foreign-born players.
Even last year, the Italian federation had to deny rumours that he would quit and two weeks ago, Conte announced that he would not renew his contract after Euro 2016, saying he missed the day-to-day buzz of club football.
Overlooking promise
Italy came through their qualifying group comfortably enough, with seven wins and three draws in their 10 games.
But the over-riding feeling was that they were going through the motions as they won five games by a single goal, including home and away 1-0 victories over Malta.
For all the experiments, Conte has faced criticism that he has overlooked some of Italy's most promising players such as Sassuolo forward Domenico Berardi and Empoli playmaker Riccardo Saponara.
The only positives against Germany were the performances of Stephan El Shaarawy and Lorenzo Insigne in attack.
Elsewhere, a pedestrian four-man midfield was hopelessly over-run, leaving the three-man defence, missing injured Giorgio Chiellini, at Germany's mercy.
Afterwards, Conte would only provide generic comments about "evaluating the options", although he suggested that he would not be calling up any more untested players.
"I will make my evaluations based on what I have seen on the pitch, without getting carried away about the Spain performance or making a drama out of what happened against Germany," he said.
"I will monitor what happens until the end of the championship and then try to make the right choices. However, these are the players we are choosing from. In the next six weeks we won't pull anything different out of the hat."