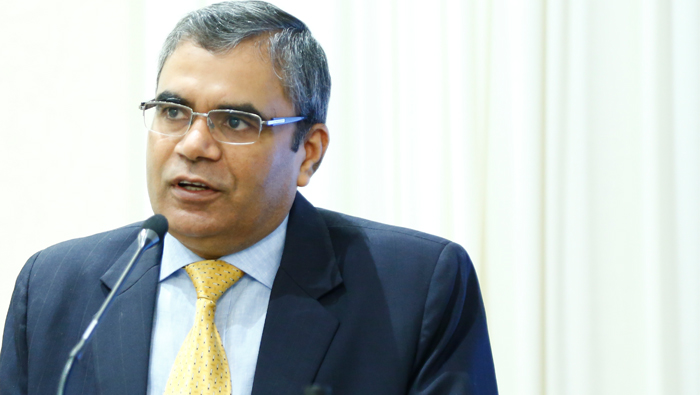 Muscat: Oman and India are focusing on expanding bilateral trade and investment, said the Indian ambassador to the Sultanate.
“Our efforts are very much focused on increasing bilateral trade and investment,” Indira Mani Pandey, Indian ambassador, told ‘Times of Oman’ on the sidelines of a Business-to-Business meeting here to promote bilateral exchanges between the two countries.
“There is a huge untapped potential and this B2B meeting is a step in that direction,” he added.
According to the ambassador, Indian embassy is taking efforts to make Indian companies aware of the opportunities in Oman and vice-versa. “India is offering immense opportunities for doing business, including making investments,” the ambassador asserted.
He also pointed out that Indian economy is the only economy which has been growing at a fast pace of more than seven per cent. According to him, bilateral trade between India and Oman witnessed a decline last year.
“Last year, we have some decline in bilateral trade but that is because of the decline in the value of some products like petroleum and other commodities,” he said.
He also confirmed that a delegation from Federation of Indian Export Organisation (FIEO) will be visiting next month for a meeting with their counterparts at Oman Chamber of Commerce and Industry (OCCI). “This meeting is just a beginning and we have lot of opportunities between our countries,” he added.
He said that Oman has a good connectivity with India than any other country. “Every week, we have flights available with more than 21,000 seats and 11 Indian destinations are connected with Muscat,” he added. “We also have a good connectivity among our ports. We can easily reach our destination in two or three days,” he explained.
He also said that recently Omani enterprises signed agreements two manufacturing projects in India.
According to Suleiman Al Mukeri, assistant director general of Oman Chamber of Commerce and Industry, Oman is a land of peace and opportunities. “Relationship between India and Oman is continued to grow in a positive way and this B2B will enhance our bilateral exchanges,” he said.
According to Mohit Hans of FIEO, India is an emerging economy. India has witnessed various levels of economic expansion along with countries like China, Russia, Mexico and Brazil,” Hans said.
“India’s cost-effective and labour-intensive economy and a strong manufacturing and export oriented industrial framework make it an attractive investment destination,” he added. Hans also pointed out that Oman is also an attractive market and is India’s largest trade and investment partner with exports worth $2.37 billion in 2014-15.
According to the delegates, this is a good initiative from the Indian Embassy in the Sultanate. “This is a very good platform for Indian and Omani companies to find out what are the opportunities available in both countries,” Palaniappan S, country manager of Kaar Technologies, told ‘Times Business’.
“This meeting helps us to get in touch with companies who are planning to open a project here and we are trying to assist them with our health service,” said Anju A, assistant manager-corporate relations of KIMS Oman Hospital.
Companies from different sectors like food industry, healthcare, information technology, mineral and mining, and construction and infrastructure participated in the B2B meeting.