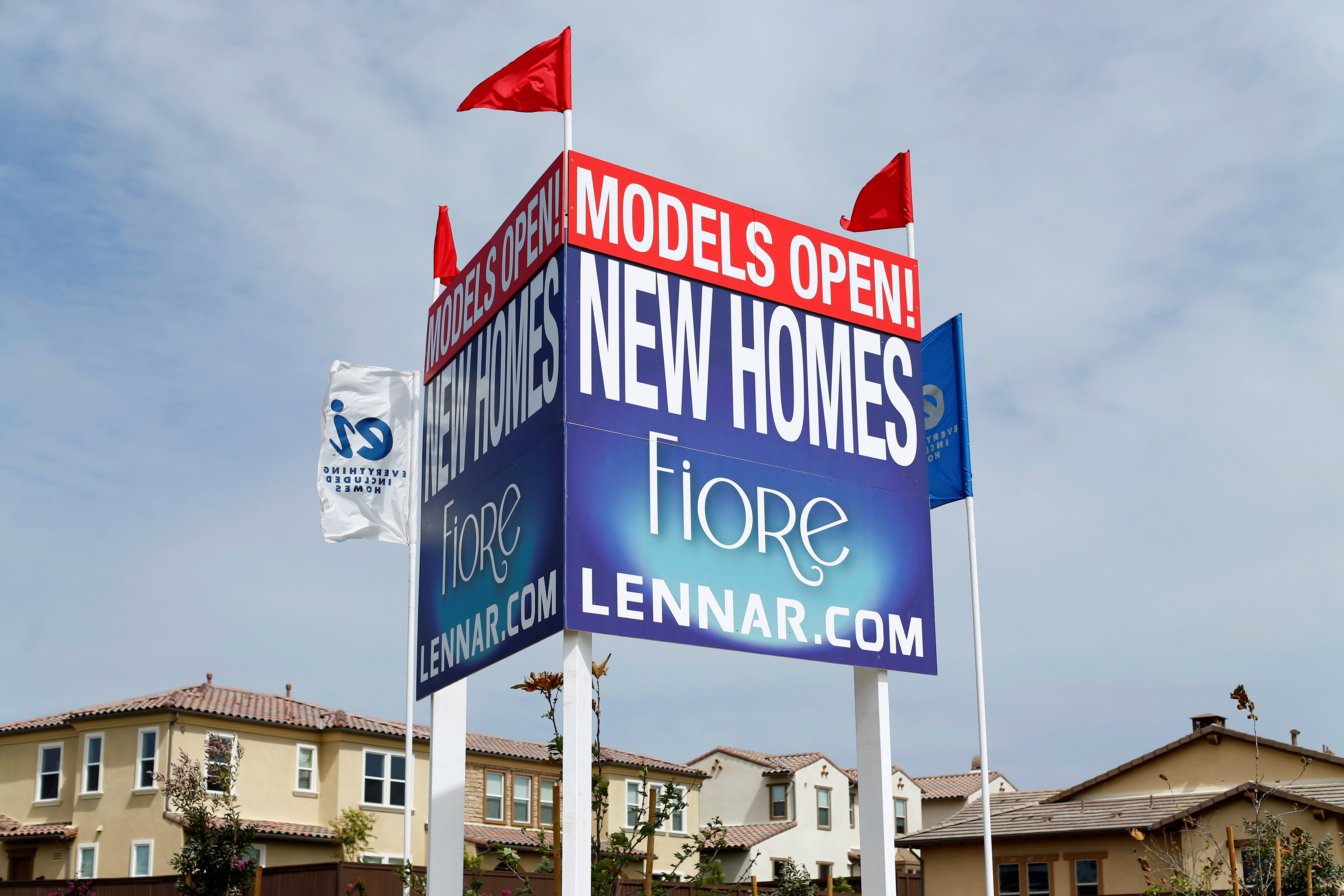 Washington: US home sales increased for a second straight month in March amid a rebound in activity in the Northeast and Midwest regions, but a dearth of houses on the market and higher prices remain headwinds as the spring selling season kicks off.
The supply squeeze is expected to ease somewhat later this year as data last week showed the stock of housing under construction rising in March to levels last seen in July 2007.
"Existing home sales look okay today with some clouds further out on the horizon from rising home prices and mortgage rates not enough to make us worry yet about the outlook this year," said Chris Rupkey, chief economist at MUFG in New York.
The National Association of Realtors said on Monday that existing home sales rose 1.1 per cent to a seasonally adjusted annual rate of 5.60 million units last month. The market for previously owned homes accounts for about 90 per cent of US home sales. Sales fell 1.2 per cent year-on-year in March.
Sales surged in the Northeast and Midwest, after being weighed down by bad weather in February, but fell in the South and the West.
There is an acute shortage of homes, especially at the lower end of the market. According to the NAR, sales of houses priced below $100,000 dropped 21 per cent in March from a year ago.
The resulting higher house prices and rising mortgage rates are a constraint for first-time buyers, who have been largely priced out of the market. First-time home buyers accounted for 30 per cent of transactions last month, up from 29 per cent in February, but down from 32 per cent year ago.
The 30-year fixed mortgage rate is around 4.47 per cent, the highest level since January 2014. The Federal Reserve raised interest rates last month against the backdrop of a tightening labour market and expansionary fiscal policy.
The US central bank forecast at least two more rate hikes this year, a sign that mortgage rates could rise further.
The PHLX housing index was trading higher, outperforming a marginally firmer US stock market. The dollar rose against a basket of currencies while prices for US government bonds fell.
Rising house prices
While the number of previously owned homes on the market rose 5.7 per cent to 1.67 million units in March, housing inventory was down 7.2 per cent from a year ago. Supply has declined for 34 straight months on a year-on-year basis.
Houses for sale typically stayed on the market for 30 days in March, down from 37 days in February and 34 days a year ago. At March's sales pace, it would take 3.6 months to exhaust the current inventory, up from 3.4 months in February.
A six-to-seven-month supply is viewed as a healthy balance between supply and demand. The median house price increased 5.8 percent from a year ago to $250,400 in March. That was the 73rd consecutive month of year-on-year price gains.
"This speaks a lot to sound fundamentals of strong demand and a good economy, but it's not at all clear how long this pattern of lackluster sales volumes but consistently rising prices can realistically be expected to continue," said Aaron Terrazas, senior economist at Zillow.
The NAR said it expected housing inventory to start rising on an annual basis in late summer. Government data last week showed the inventory of housing under construction rose 0.3 per cent to 1.125 million in March, the highest level since July 2007. Single-family units under construction climbed 0.2 per cent to the highest level since June 2008.
Despite last month's increase in home resales, economists believe residential investment fell in the first quarter. That is expected to have combined with a sharp slowdown in consumer spending to undercut economic growth in the first quarter.
Gross domestic product estimates for the January-March quarter are below a 2 per cent annualised rate. The economy grew at a 2.9 per cent pace in the fourth quarter. The government is scheduled to publish its advance first-quarter GDP estimate on Friday.
With both business and consumer confidence at high levels, the anticipated slowdown in first-quarter economic growth is likely temporary and in part reflects a seasonal quirk.
A survey on Monday from data firm IHS Markit showed strong manufacturing and services business activity in early April, driven by robust growth in new orders and rising prices.
The seasonally adjusted IHS Markit Flash US Composite PMI Output Index rose to a reading of 54.8 this month from 54.2 in March, indicating a faster upturn in business activity across the private sector.