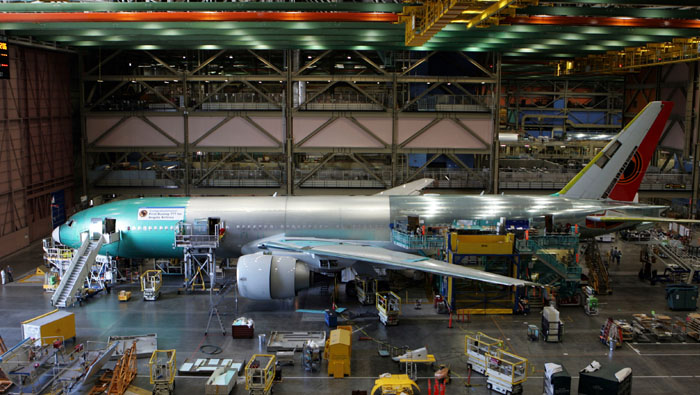 Chicago: Boeing plans to cut about 4,000 jobs from its commercial airplanes division by mid-year as part of a broader effort to reduce costs amid fierce competition from Airbus.
The United States planemaker doesn’t plan any involuntary layoffs, for now. Rather, the savings will come from 1,600 workers who elected to leave the company under a voluntary programme announced last month, Marc Birtel, a Boeing spokesman, said by e-mail. Another 2,400 positions are either vacant or will be shed through attrition.
The commercial airplane division, which accounted for 68 per cent of Boeing’s 2015 profit, is also flattening its management structure to create a “more streamlined and nimble organisation that can respond to marketplace demands,” he said.
The effort to revamp Boeing’s sprawling commercial jetliner manufacturing unit comes as new chief executive officer Dennis Muilenburg starts to make his mark at Boeing. Muilenburg used cost-cutting measures to bolster profits in an era of constrained defense spending in a previous role as chief of Boeing’s defence unit.
The company is also looking beyond labor for savings. Boeing is renegotiating supplier contracts, consolidating programmes, slashing business travel and working to boost productivity, quality and reduce excess inventory, Birtel said. The number of job cuts could ultimately be effected by the success of those initiatives.
While the planemaker earned record revenue of $96.1 billion in 2015 and delivered 762 commercial planes, the most in its history, its adjusted profit fell 13 per cent to $7.74 billion from a year earlier. Contributing to the decline: accounting losses related to the development of KC-46 tanker and declining 747 programmes.