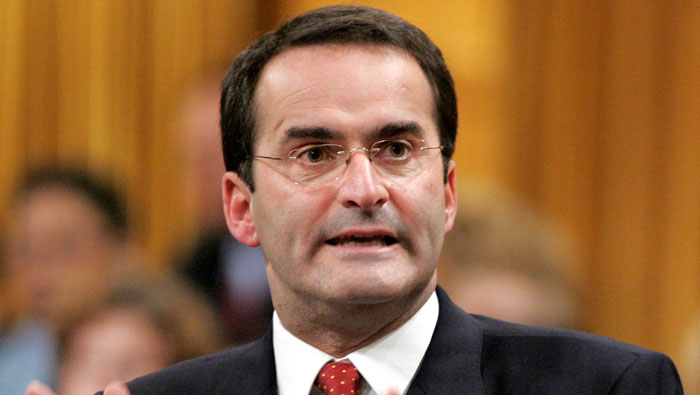 Montreal: Former Canadian Cabinet minister Jean Lapierre died on Tuesday in a plane crash that also killed his wife and three of his siblings on the way to his father's funeral in eastern Quebec.
The provincial coroner said in a statement all seven people on board the aircraft were killed in the crash, including Lapierre's wife, two of his brothers and a sister. The other two people killed were crew members, the statement said.
The TVA network, for which Lapierre worked as a political commentator, said his twin-engined chartered aircraft crashed in bad weather as it was coming in to land on the Magdalen Islands in the Gulf of Saint Lawrence.
Lapierre, 59, had been traveling to the Iles de la Madeleine for the funeral of his 83-year-old father, it said.
Photos from the scene showed the Mitsubishi plane lying in several pieces in a snow-covered field.
Canada's Transportation Safety Board said it was investigating the crash but that, due to the bad weather, its team of experts would not reach the site until Wednesday.
The ebullient Lapierre, known for his good humour and animated style on air, made a second career in the media after serving as transport minister in Prime Minister Paul Martin's Liberal government from July 2004 to February 2006.
He also acted as Martin's lieutenant in the mostly French-speaking province.
"We're going to miss him terribly," a visibly upset Martin told CTV television.
"He was a very good political analyst, he was one of the best, but he was also a superb political figure in this country and it was a great privilege to work with him," he said.
Montreal Mayor Denis Coderre, who was in the Liberal caucus with Lapierre from 2004 to 2006, said his former colleague was a natural communicator and a good listener who loved politics.
"He didn't leave anyone indifferent... everyone will want to pay tribute to him," Coderre told reporters in Montreal.
Lapierre - praised by media colleagues for his generosity and advice - was a Liberal legislator in the federal Parliament from 1979 to 1990.
He later briefly joined the separatist Bloc Quebecois amid a dispute over Quebec rights before retiring from politics for the first time in 1992 and working for a radio station.
He rejoined the Liberals after Martin became prime minister in late 2003.