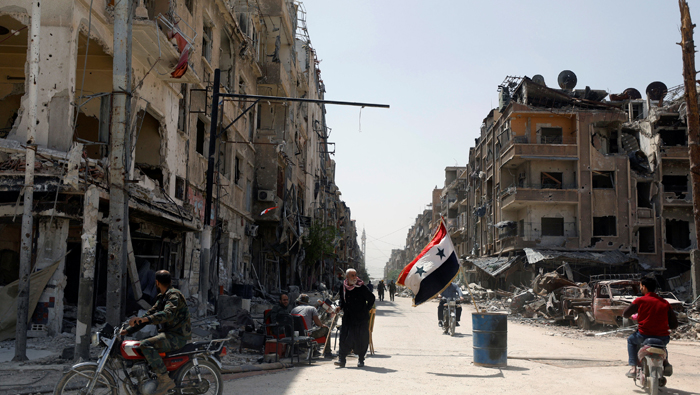 Cairo: French President Emmanuel Macron called Egyptian President Abdel Fattah Al Sisi on Saturday to discuss the Syrian crisis, Sisi's office said. Macron addressed the military strike that France, the United States and Britain launched in Syria a week ago, pointing out that it comes within the framework of international legitimacy, it said in a statement.
The three countries launched 105 missiles in retaliation for a suspected poison gas attack in Syria, targeting what the Pentagon said were three chemical weapons facilities.
Sisi expressed his concern over military escalation in Syria, which he said would lead to further deterioration and add to the complexity of the situation. He also "emphasized Egypt's unyielding position that rejects the use of any internationally prohibited weapons on Syrian territories," the statement said. He stressed "the importance of conducting a transparent international investigation on the issue".
The three Western countries said their strikes were limited to Syria’s chemical weapons capabilities and not aimed at toppling President Bashar Al Assad or intervening in the civil war.
Macron had instructed French Foreign Minister Jean-Yves Le Drian to visit Egypt by the end of this month to discuss ways to strengthen bilateral relations, the statement added.