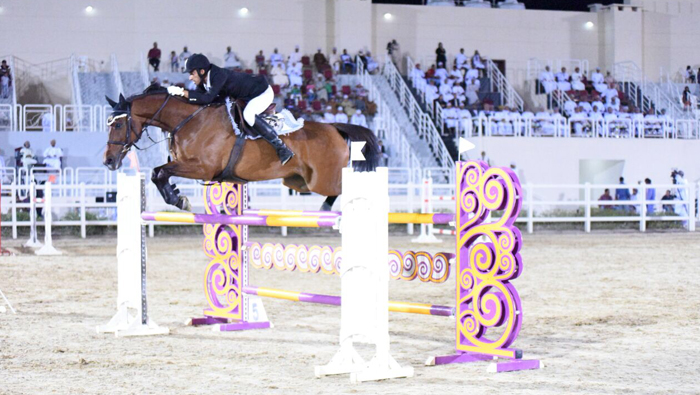 Barka: With the completion of the competitions on the shield of the Ministry of Sports Affairs and the hurdles competition, the Oman Equestrian Federation concluded its activities for 2017 -2018 at Al Rahba Farm, Wilayat of Barka.
Sheikh Abdullah bin Nasser Al Bakri, Minister of Manpower presided over conclusion ceremony in the presence of Nasr bin Hamood Al Kindi, Secretary General of Royal Court Affairs, Sayyid Munther bin Saif Al Busaidi, chairman of the Board of Oman Equestrian Federation, number of members of Majlis A'Shura and representatives of government horse units.