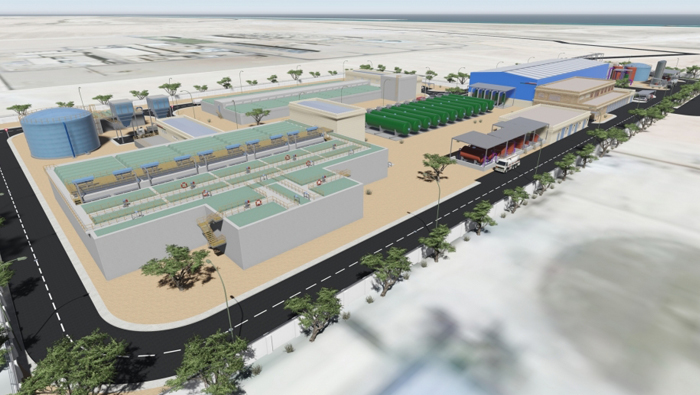 Muscat: The Salalah Independent Water Project, which was launched yesterday, will be completed by 2020 and will provide 25 million gallons of water to the residents of the Sultanate daily.
“By September 2020, we will be delivering the first cubic metre. The capacity is 100,000 cubic metres, which is 25 million gallons a day,” said Patrice Fonlladosa, Chairman and CEO of Veolia Africa and Middle East.
Oman now has three desalination plants aimed at tackling the water crisis, which according to UN reports can put 1.8 billion people in absolute water scarcity by 2025.
“In 2007, we started the operation of the Sur desalination plant and we doubled the capacity last year. Ghubra is a successful operation, and now, Salalah. There is much more to come as there is scarcity in this country,” he said.
Elaborating on the water crisis, he said, “There is a tremendous change in the industry. We were just building plants years ago. Now, we are trying to provide services for the needs of the population. The scarcity issue is not only in Oman, but also in KSA (Saudi Arabia) and other countries of the region.”
Recently, the crown prince of Abu Dhabi had said water was more important than oil for the UAE. Many countries have been addressing the issue in recent years.
“In KSA, water distribution is highly subsidised. The price of water there is roughly 10 times less than Europe, but the consumption is 90 per cent higher than that of Europe. There is a huge gap in cost efficiency,” he said. Veolia has been actively working on smart water systems that can help in conservation. “We have been able to provide smart metering systems that can save hundreds of cubic metres of water. Apart from this, we have technologies for reusing and recycling water that we have been able to implement in Dubai. Step by step, it will come to Oman too,” he said.
Green building codes were a global trend that had been raising the bar for energy efficiency. They had been implemented in the UAE and could come to Oman too, Fonlladosa said.
“The green building codes can be done in Oman. We have been developing competencies through Enova, which is an affiliate of Veolia. We operate this company with Majid Al Futtaim as a joint venture. We have been expanding in KSA, Abu Dhabi, Dubai, and in Oman.”
He added, “It started in Oman already. We have introduced building energy efficiency services in some big buildings in Muscat. This can be done in buildings, malls, and cinemas.”