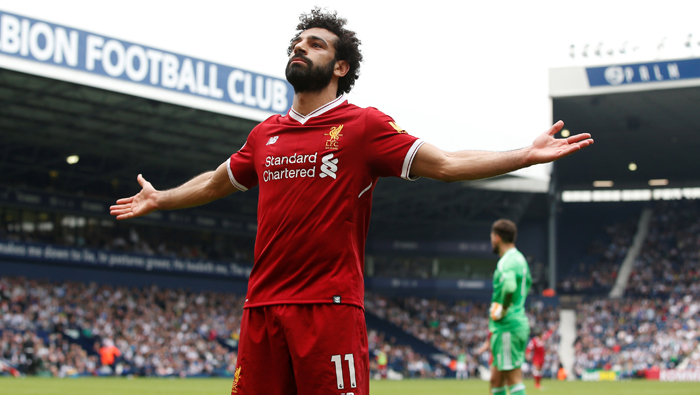 London: Salomon Rondon completed a remarkable West Bromwich Albion comeback from two goals down against Liverpool although the hard-won point from a 2-2 draw at the Hawthorns on Saturday will probably only delay their relegation.
The visitors appeared to have half an eye on Tuesday's Champions League semi-final against AS Roma but still established a comfortable lead through Danny Ings and Mo Salah.
Ings's goal after just four minutes was his first in the Premier League since October 2015.
The striker should have had a second soon afterwards and probably been awarded a penalty after being bundled over by Craig Dawson.
With Salah notching up his 31st of the season to equal Luis Suarez's club record for goals in a season, Liverpool appeared to have done enough to take the points.
Albion's caretaker manager Darren Moore has, however, injected resilience into his side and, with Liverpool's defence suddenly displaying their early-season sloppiness, Jake Livermore scrambled a goal from a corner after 79 minutes to give Albion hope.
The equaliser followed another set piece late on when Chris Brunt delivered a perfect freekick into the area for Rondon to head home.
Liverpool manager Juergen Klopp, who had rested five players going into the game, complained that the pitch was too dry. "It makes a massive difference," said a visibly downbeat Klopp, whose team are still not guaranteed a top-four finish.
Klopp complained they did not get the "right decisions" on the penalty and the foul from Joe Gomez that led to Rondon's goal.
Albion's Livermore accepted that relegation remained almost inevitable with the bottom-of-the-table team eight points off survival with three games to play.
"All we can do is keep fighting," he said.
His team mate Ahmed Hegazi may face retrospective action from the FA after television cameras clearly caught him punching Ings after a tackle.