Former US taekwondo star waits a decade for her #MeToo moment 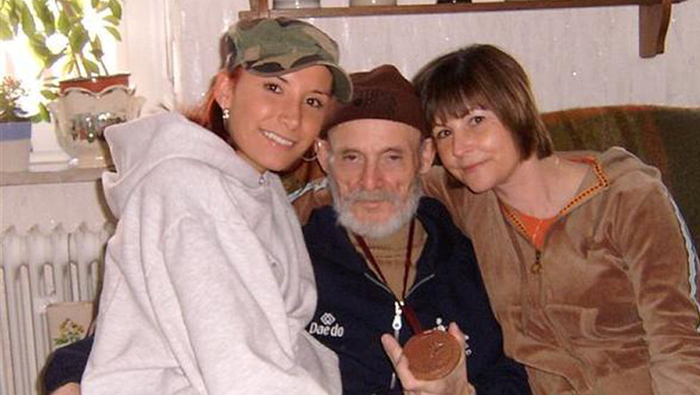 Los Angeles: It has taken a decade, but Mandy Meloon, a two-time taekwondo world champion thrown off the US national team in 2007 after accusing her coach of molesting her at age 16, has won a measure of vindication.
When she first complained about being sexually abused by Jean Lopez, then the team's head coach, USA Taekwondo officials said the claims were false slurs that damaged morale, and Meloon was soon suspended from the team.
Lopez and his siblings were the sport's most prominent family, bringing home Olympic gold medals.
Lopez did not respond to Reuters' emails and requests for comment left with staff at his taekwondo studio in Las Vegas, nor did his lawyer respond.
Previously Lopez has denied inappropriate sexual contact with Meloon, now 37, and two other athletes who have accused him.
After Meloon's suspension, she struggled for years with money and mental health issues. In 2016, she began serving a two-year prison sentence after assaulting an off-duty Texas sheriff's deputy who was trying to remove her from a bar after an employee asked her to leave.
But in April, a report from a new investigatory body found "a preponderance of the evidence" showing Meloon, along with fellow athletes Heidi Gilbert and Kay Poe, had told the truth in their years-old accusations against Lopez.
Lopez was permanently banned from the sport, a decision he is appealing.
"I think all of us owe them big thank you's," Brandon Meek, a former director on USA Taekwondo's board, said of Meloon and two other women who accused Lopez.
Gilbert told Reuters that reading the report made her feel "numb."
Poe, through her lawyer, declined to be interviewed by Reuters. Meloon was once dismissed as a troublemaker, having spoken up long before the recent wave of reckonings for powerful men in media, politics and sport accused of sexual abuse and the ensuing #MeToo movement empowering victims to come forward.
Now she is seen by some in the sport as a trailblazer and a case study in the potential consequences of ignoring those who come forward with complaints of abuse.
"I know she's had a rough time," said Steve McNally, who became USA Taekwondo's director last year.
"I hope she can put this behind her, and if I can help with this at all I'd be glad to."
He said he could not comment on Lopez while his appeal was under way.
Meloon's experience is similar in some ways to the abuse of young female gymnasts by Larry Nassar, the doctor for the US national gymnastics team who is spending the rest of his life in prison after scores of his victims testified in nationally televised court hearings earlier this year.
Meloon said the abuse began at age 13, when Lopez frequently engaged her in uncomfortable discussions about sex as soon she started training with him at the Olympic Training Center in Colorado.
In 1997, when she was 16, Lopez, then in his early 20s, drunkenly crawled into bed with her and engaged in inappropriate contact during a trip to Cairo, she said.
She won a World Cup silver medal on that trip.
A few months after she filed a written complaint in 2006, USA Taekwondo officials suspended Meloon ahead of the Olympic Games in Beijing, saying Meloon had "wrongfully accused" coaches of soliciting her.
"These defamatory utterances are untrue and damaging to the morale of the national team and USAT staff and coaches," their report said. They also said Meloon smoking and drinking alcohol excessively and was refusing to train.
Her athletic career abruptly over, Meloon says she struggled alone, sometimes homeless or in psychiatric wards, sometimes working in construction or restaurants, having forsaken even a high-school diploma during her rise as a teenage athlete.
Toward the end of her prison sentence, Meloon saw the first sign of shifting public sentiment on sexual assault.
An investigator from the US Center for SafeSport, set up last year to investigate sexual misconduct in Olympic sports, met her in August to review her complaint.
When she was released in January, she started hearing from former teammates and coaches about #MeToo.
"I come out of prison and people are calling me and are like, 'We believe you, we support you! Yay! #MeToo!'" Meloon, who now lives in Austin, Texas, said in a telephone interview.
"I'm like: Where were y'all 11 years ago?"
In its confidential report issued in April, a copy of which was seen by Reuters, SafeSport concluded that Lopez for decades was "abusing his power to groom, manipulate and, ultimately, sexually abuse younger female athletes."
SafeSport declared Lopez "permanently ineligible" to participate in sport organized by the US Olympic Committee and its affiliates, including USA Taekwondo.
A day after reading the report, Meloon said she was still processing it.
Despite her worries that Lopez could yet get the ban overturned, she acknowledged: "It's more than I could ever hope for."