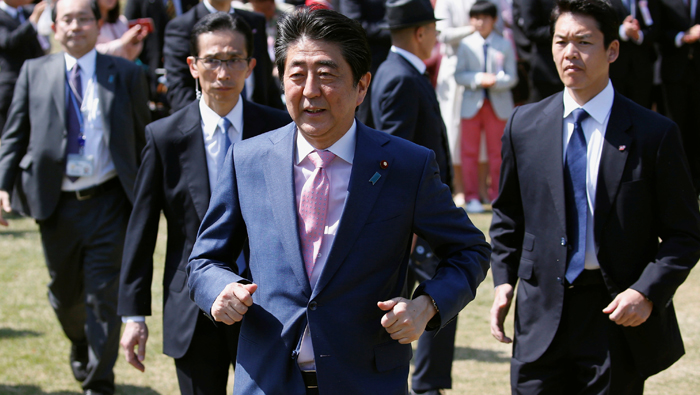 Tokyo: Japanese Prime Minister Shinzo Abe sent a ritual offering to the Yasukuni Shrine for war dead, the shrine said on Saturday, prompting criticism from Seoul as it is seen in the two Koreas and China as a symbol of Japan's past militarism.
On Friday, around 70 lawmakers paid their respects at the shrine, which honours 14 Japanese leaders convicted by an Allied tribunal as war criminals along with Japan's war dead.
Abe sparked widespread international outrage, including from key ally the United States, when he visited the shrine in 2013 but has since sent offerings on the occasion of Yasukuni's spring and autumn festivals instead of going himself.
Abe's offering and the lawmakers' visit came as North Korea said it will cease its nuclear and military tests and ahead of planned summits between the two Koreas next week and North Korea and the United States in late May or early June.
South Korea's Foreign Ministry criticized the commemoration in a statement, noting that it came as the two nations marked the 20th year of a joint pledge to work towards a new Korea-Japan partnership.
"The government expresses deep concerns and regret that leaders of the Japanese government and parliament have yet again sent an offering and paid their respects at the Yasukuni shrine, which glorifies the history of colonial invasion and war of aggression," it added.
"Our government urges the Japanese political leaders to strive for trust of neighbouring countries and the international community through humble introspection on the past and sincere self-reflection based on correct understanding of history."