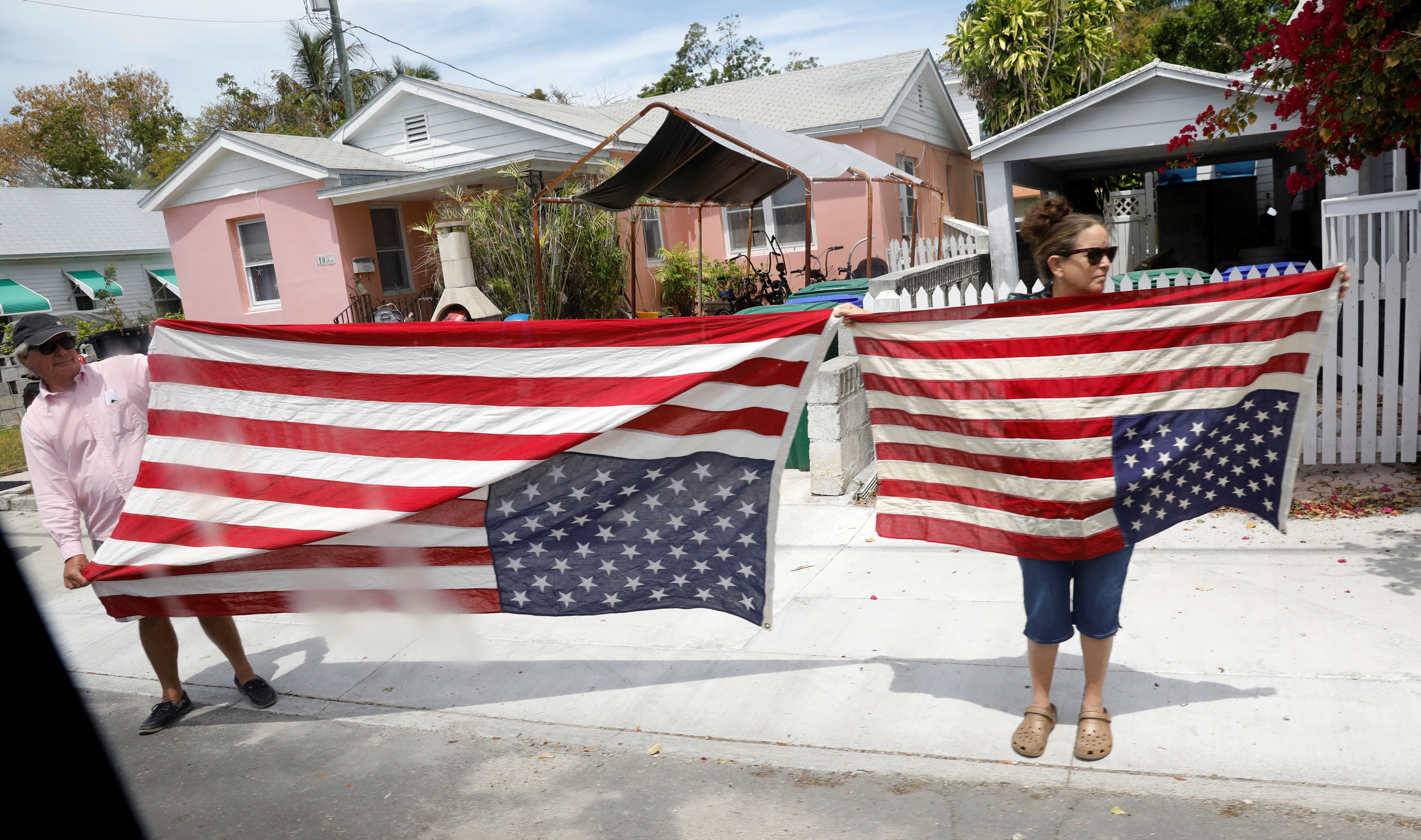 Washington: US consumers may be about to directly feel the effects of the trade fight started by US President Trump with China and other countries this year when a new list of Chinese imports to be taxed is announced in coming days.
After imposing import tariffs on solar panels and washing machines in January, Trump moved to levy steel and aluminum in March along with about $50 billion in other goods.
After China responded with a list of US goods that would be subject to tariffs, Trump raised the stakes on April 4 by directing the US Trade Representative to consider $100 billion in additional levies.
But a Reuters analysis of Chinese imports shows that to quickly reach $100 billion worth of goods to tax, Trump may have to target cellphones, computers, toys, clothing, footwear, furniture and other consumer goods, prompting price rises at US retailers.
"There is no way to avoid consumer products when you're thinking about how to hit $100 billion worth of imports coming from China," said Hun Quach, vice president of international trade for the Retail Industry Leaders Association which represents US retailers.
How much the news tariffs would hit wallets depends on variables that make calculating the impact of the tariffs on individual products hard to measure. Companies can absorb some of the costs, and some companies can shift production in China to other countries, cutting the final bill for America's shoppers.
After washing machines imported by LG Electronics' were hit with a 20 per cent tariff in January, the company raised US prices by about $50 per machine, or 4 per cent to 8 per cent.
LG opted to absorb part of the tariff cost, which was imposed at a time when construction was already well underway on its new US factory that will begin producing washers in late 2018, avoiding US tariffs.
Companies with complex supply chains, mainly those in high technology industries, can also change how their internal costs are charged among subsidiaries to lower their tariff bill.
Trump's first round of import tariffs deliberately left most consumer electronics untouched, but out of the $506 billion in US imports from China last year, finding another $100 billion to tax without hurting US shoppers will not be easy.
The USTR could quickly find $100 billion but at the cost of targeting three broad categories of consumer electronics - cellphones at $44 billion, computer equipment at $37 billion, and voice, image and data recorders at $22 billion.
US supply chains would also be hurt as many consumer electronics products depend on the export of American semiconductors, software and other inputs to China for assembly before being imported back to the United States.
US allies South Korea, Japan and Taiwan also supply cellphone parts for companies like Apple Inc, including displays, cameras and fingerprint scanners, and would feel the impact.
"You end up shooting yourself in the foot, shooting your allies in the foot, and maybe you wound China’s big toe," said Chad Bown, a senior fellow at the Peterson Institute for International Economics.
Trump could get a quarter of the way to $100 billion in goods taxed by levying toys, games and sporting goods, categories with little US content that totaled about $25.5 billion from China in 2017.
But China made up 81.5 per cent of all US imports in this group, meaning that there would be few alternative sources for importers that could blunt the tariff impact on consumers.
Adding in apparel, footwear and furniture to the list would get the rest of the way to $100 billion, but price rises for those categories of goods would be seen clearly by consumers.
According to Census data, there are about 7,600 consumer and industrial goods still available for tariffs with a combined value of $101 billion where China accounts for 40 per cent or less of US imports and so could possibly be sourced elsewhere.
Most of these involve small-scale production and a wide range of goods sold in US chain stores such as Wal-Mart, including clothing, pet food and lighting fixtures.
While the availability of these items in other countries could help limit price rises, there would still be disruptions for retailers with long-established supply chains.
"Sourcing from another country is not an easy solution. It can't happen overnight," said RILA's Quach, who added that retailers' Christmas orders for 2018 are already locked in.
And there are few alternatives for the $402 million in Christmas tree lights that China supplies.
Economists earlier surveyed by Reuters warned that, while imposing tariffs may benefit US steel and aluminum producers, costs would rise for many other US producers and consumers as a result.
US exporters will also feel the impact of the trade war after China responded in March by announcing tariffs on 128 products such as fruit and beverages which the US exports to China and which will taxed at 15 per cent. Another $50 billion worth of US exports such as automobiles, airplanes and soybean face a 25 per cent tariff.
During the 2016 election campaign Trump argued that tariffs were needed to punish China for misappropriating US technology and to bring jobs and industry back to the US, but studies of the 2002 steel tariffs enacted by the Bush administration show that they caused more job losses than job gains.