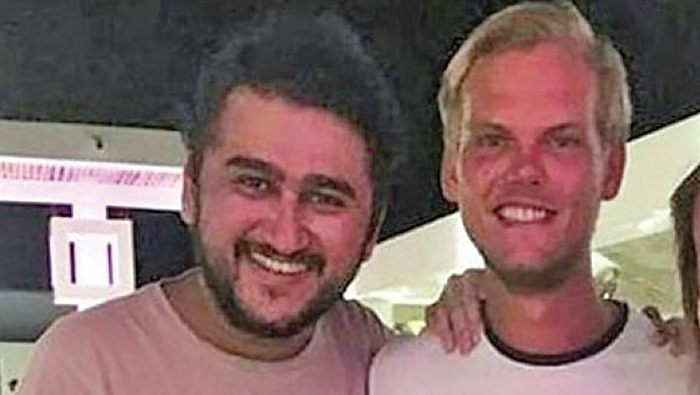 Muscat: Swedish DJ and record producer Avicii, one of the biggest stars of electronic dance music (EDM) in Europe, was found dead on Friday afternoon in Muscat, Oman, his U.S. publicist said.
Avicii, whose real name is Tim Bergling, was 28, and had been staying at a five-star resort in Muscat.
“It is with profound sorrow that we announce the loss of Tim Bergling, also known as Avicii,” publicist Diana Baron said in a statement.
“The family is devastated and we ask everyone to please respect their need for privacy in this difficult time.”
No cause of death was given and Baron said no further statements would be released.
Avicii, known for hits like “Wake Me Up” and “Hey Brother,” announced in 2016 that he was retiring from touring. He later told Billboard magazine he had made the decision for health reasons.
“The scene was not for me. It was not the shows and not the music. It was always the other stuff surrounding it that never came naturally to me,” he told the magazine.
“I’m more of an introverted person in general. It was always very hard for me. I took on board too much negative energy, I think,” he added at the time.
However, he did not stop making music, releasing a six-track EP album in August 2017.
Avicii won a number of American Music Awards, Billboard music awards and MTV Europe Music awards for his EDM work.
— With inputs.
Muscat Hills Resort, where Avicii had been staying while in the Sultanate, released this statement confirming that the DJ had indeed visited the resort.
Here’s their statement in full:
As Muscat Hills resort we have been receiving excessive amounts of calls and messages with regards to the unfortunate death of Me Tim Burgling, also known as Avicci
Due to privacy reasons, we are unable to provide details with regards to any of guests’ visit or stay, however, all we can confirm is that Avicci did visit Muscat Hills Resort and throughout his visit he was extremely kind to all of our staff and acted like any of our regular guests.
Avicci definitely did seem to be in good spirits while enjoying his time and he was also very friendly with everyone. As much as we enjoyed his company here at Muscat Hills Resort, we are extremely sad to hear and read all the recent news and therefore we would like to express our sincere condolences to his family, friends and all his fans.
We will be dedicating our coming Beats by the Beach party on 27th April 2018 in memory of Avicci and have our Bay Lights on throughout the night to keep his spirit.