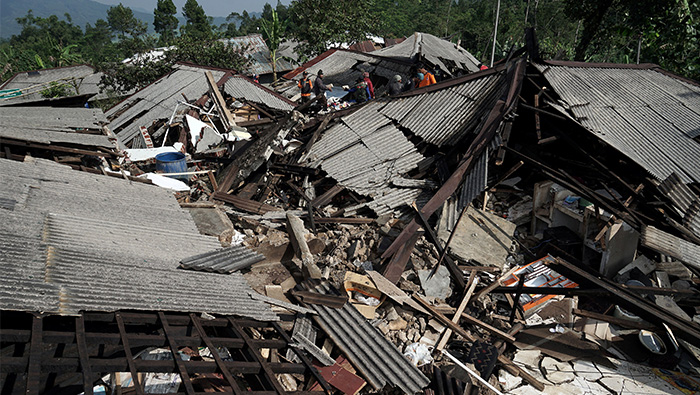 Jakarta: A shallow earthquake brought down hundreds of poorly built buildings in Indonesia, forcing more than 2,000 people to flee their homes, rescue officials said on Thursday.
The 4.4 magnitude quake hit the Banjarnegara district of Central Java late on Wednesday, killing two people and injuring more than 20.
"Victims were killed or injured by falling buildings,” the National Rescue Agency said in a statement. "People are being treated in hospitals or have been evacuated to temporary shelters."
Quakes are common in Indonesia, which straddles the Pacific "Ring of Fire", a hot spot for seismic activity due to friction between tectonic plates.