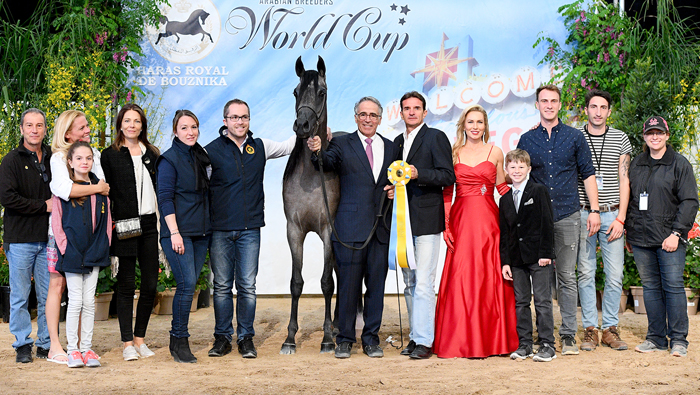 Washington: The Royal Cavalry’s horses continue their winning run at various international competition.
Princess Marwan RC, a 2- year filly, won silver medal of Arabian Breeder World Cup which is one of the most important Arabian show competitions in the world.
This filly, bred by the Royal Cavalry in France, was descended by Marwan Al Shaqab, owned by Al Shaqab, and Princess Aliha owned by Royal Cavalry, both of whom are champions in show world.
Brigadier General Abdularazaq Al Shahwarzi, Commander of the Royal Cavalry said that the victory is an addition to Royal Cavalry’s achievements in the world stage, especially that this championship was difficultcompetition due to participation of elite show horses.
But filly Princess Marwan did well and proved that she is promising and will do more.
He added that our decision to take part in the US was courageous after consultation with the international expert Michael Bite, especially after advanced result of Royal Cavalry’s horses in world contests.