Sultanate to be partner country at German fair 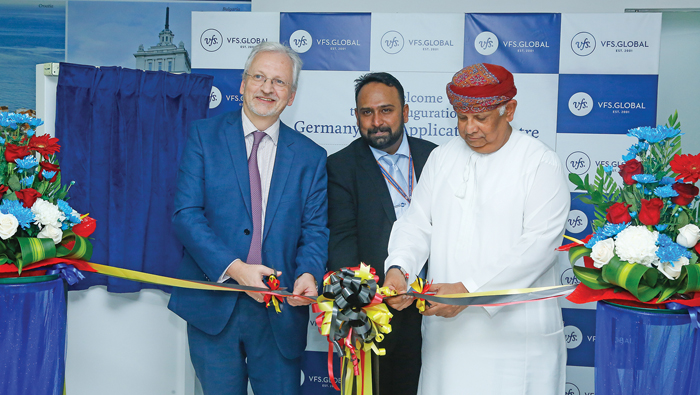 Muscat: The Sultanate is one of the most popular tourism destinations among Germans, according to the German envoy
to Oman.
“In fact, if you go to Salalah, you will find most of the place firmly in German hands, particularly in the winter,” said Thomas F. Schneider, Ambassador of the Federal Republic of Germany to Oman.
“Tourism is a booming business and the numbers are growing in both directions. Germany is popular in terms of business, medical treatment and tourism in the Sultanate. Since the south of Germany is well known and established among tourists from Oman, I would recommend they explore the north and east side of the country,” the ambassador said. He added that in the spring of 2020, the Sultanate will be a partner country at one of the biggest tourism fairs held annually in Berlin.
“It has been decided that Oman will be a partner country at Internationale Tourismus-Börse fair in 2020, which is the world’s leading travel trade show. It is the first time that Oman will be highlighted as the partner country and there will be a special occasion to shed light on the tourism capacity of the Sultanate,” he said.
Services specialist
To process more visa applications faster, the German embassy in the Sultanate of Oman has brought in VFS Global, a leading outsourcing and technology services specialist for diplomatic missions worldwide.
“This is a win-win situation for all those participating in it. For us, the embassy, it is important that in the future we should be in a position to fully concentrate on the decision taking.
“The issue of collecting documentation/applications will basically now be in the hands of VFS,” the ambassador added.
The new visa centre, which went live on April 4, 2018, will receive and process applications for a Schengen visa to Germany, as well as to Iceland.
“The German Visa Application Centre in Oman has been opened under a mandate from the Federal Foreign Office of Germany to VFS Global to operate visa application centres across the MENA region. We have already opened German visa centres in the Gulf countries in the recent past, with the aim of providing seamless services to visa applicants,” said Vinay Malhotra, Chief Operating Officer – Middle East, VFS Global.
Visa processing
“VFS Global has a non-judgmental role in visa processing, encompassing initial processing of visa applications submitted by prospective travellers to Germany. The decision over granting visas is taken by the German Embassy in Oman,” he added.