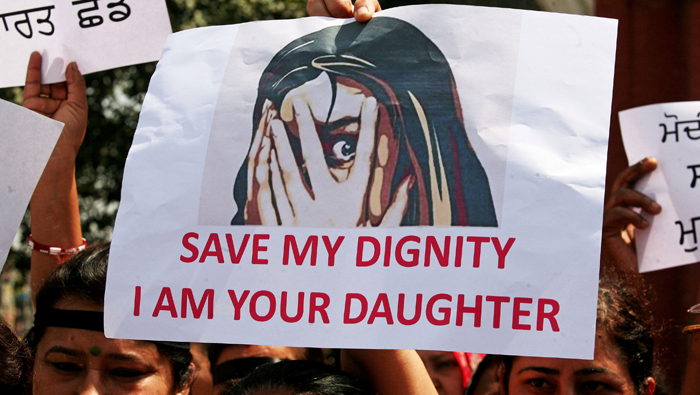 Chennai: The rise in the number of reported cases of rape and physical abuse against children in India is a "national emergency", Nobel laureate Kailash Satyarthi said on Tuesday, with up to 100,000 such cases pending in the courts.
"Each time a daughter is raped and killed, India's soul is raped and killed," he said at the release of a report that outlines how long it takes the courts to process cases of abuse against children.
Protests have erupted across India after a series of child rape cases were reported over the last 10 days. Police officers and a politician are under investigation in two of these unrelated cases.
The report by the Kailash Satyarthi Children's Foundation, a charity, estimates that a child rape case registered today in the northeastern state of Arunachal Pradesh would take 99 years to go through the courts. A child raped in the western state of Gujarat would wait 53 years for justice.
"If a child has to wait and beg for justice in our courts for decades, it is our collective failure," Satyarthi said. "Do you think a 15-year-old abused today, will attend court hearing with her grandchildren when she turns 70?"
Government figures showed 18,862 cases of child rape were registered in 2016, or more than 50 each day. That amounted to nearly half of the total 40,000 cases of rape of children and adults reported that year, up from 25,000 in 2012.
Rights activists say thousands more rape cases go unreported each year. On Monday, eight men accused of involvement in the rape and murder of an eight-year-old girl in Jammu and Kashmir state appeared in court for the first hearing in a case that sparked nationwide outrage and criticism of the ruling party. Three more child rape cases were reported in the past two days, including one in the western city of Surat, where police told the Thomson Reuters Foundation they were investigating whether the victim had been trafficked to the city.
Activists accuse the authorities of failing to protect women and children, and of moving too slowly in investigating cases and arresting perpetrators.