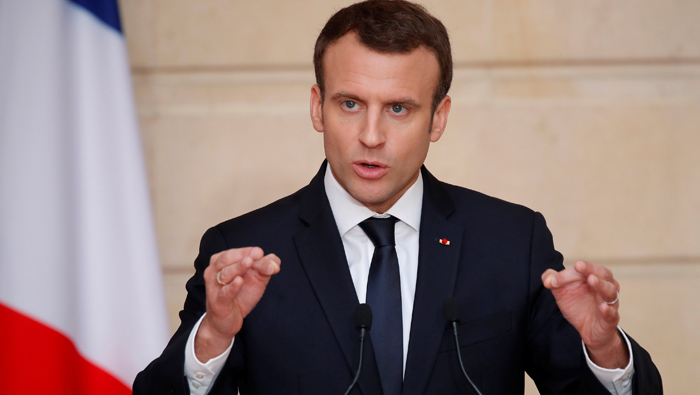 Paris: French President Emmanuel Macron said on Monday he had not meant to signal a change in the US position on Syria, after the White House rebuffed his suggestion he had dissuaded President Donald Trump from rapidly withdrawing US troops.
Macron on Sunday said he had convinced Trump, who previously announced he wanted to take U.S. forces out of Syria, that it was necessary to stay and be there for "the long term."
The White House late on Sunday then issued a statement saying the US view had not changed, and that Trump wanted US forces to leave as quickly as possible and "completely crush ISIS (IS)."
"The White House is right in saying that the military engagement is against Daesh (IS) and will stop the day the war against Daesh (IS) will be over. France has the same view," Macron told reporters when asked about the White House statement, adding that there was no change in the US position there and he had not indicated any.
"But yes, I am right in saying that the United States, because they decided this intervention (the Saturday strikes) with us, fully realised that our responsibility goes beyond the war against Daesh (IS) and that there is also a humanitarian responsibility and a responsibility to build peace over the long term."
Macron had also said in the interview broadcast by BFM TV, RMC radio and Mediapart online news that he had convinced Trump to focus the strikes on the chemical weapons sites.
While it is unusual for a French president to present himself as driving U.S. policy in military matters in the Middle East, Macron and Trump have developed a friendly relationship over the past year.