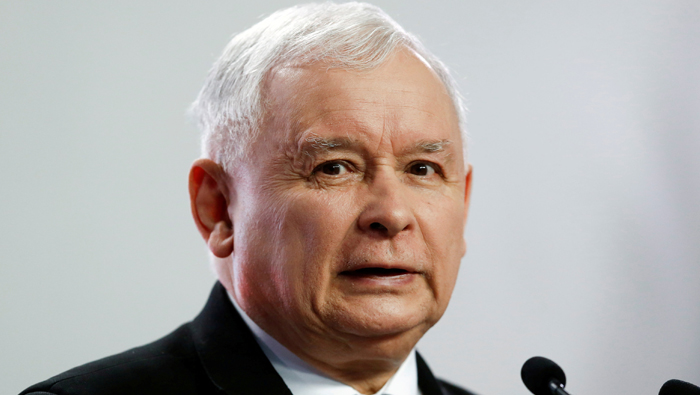 Warsaw: Poland ruling conservatives has promised tax breaks for small companies and big spending on children, the elderly and infrastructure, as the party readies for a series of elections amid sliding support.
Support for the nationalist Law and Justice (PiS) party has fallen after contested financial rewards for ministers, protests and a diplomatic spat with Israel and the United States.
The party, which won in late 2015 on promises of vast social spending and restoring conservative values in the overwhelmingly Catholic Poland, had enjoyed popularity of above 40 per cent, but a latest poll showed that support for the united liberal opposition overtook PiS for the first time. Over the weekend, at its annual convention, the party promised to clean its image and spend even more money.
Prime Minister Mateusz Morawiecki promised to cut income tax for small and medium-sized enterprises to 9 per cent from 15 per cent, and spend 23 billion zlotys ($7 billion) to improve quality of life for the elderly over the next few years.
Morawiecki also said the government would expand pension benefits for mothers of four or more children and that school-age children would receive 300 zlotys ($90) a year for expenses.
It will also spend 5 billion zlotys on local roads.
"We threw down the gauntlet to all the neoliberals who said that economic policy can only be based on their notes from the 1990s," Morawiecki said, in a veiled criticism of the Civic Platform party which governed Poland for eight years before PiS came to power. Jaroslaw Kaczynski, the party chairman and effectively Poland's paramount leader said party members must be "unblemished".
"You don't go into politics for the money," he told the party.
Local elections will be held in autumn.
Parliamentary elections are due in 2019 and the presidential vote in 2020.