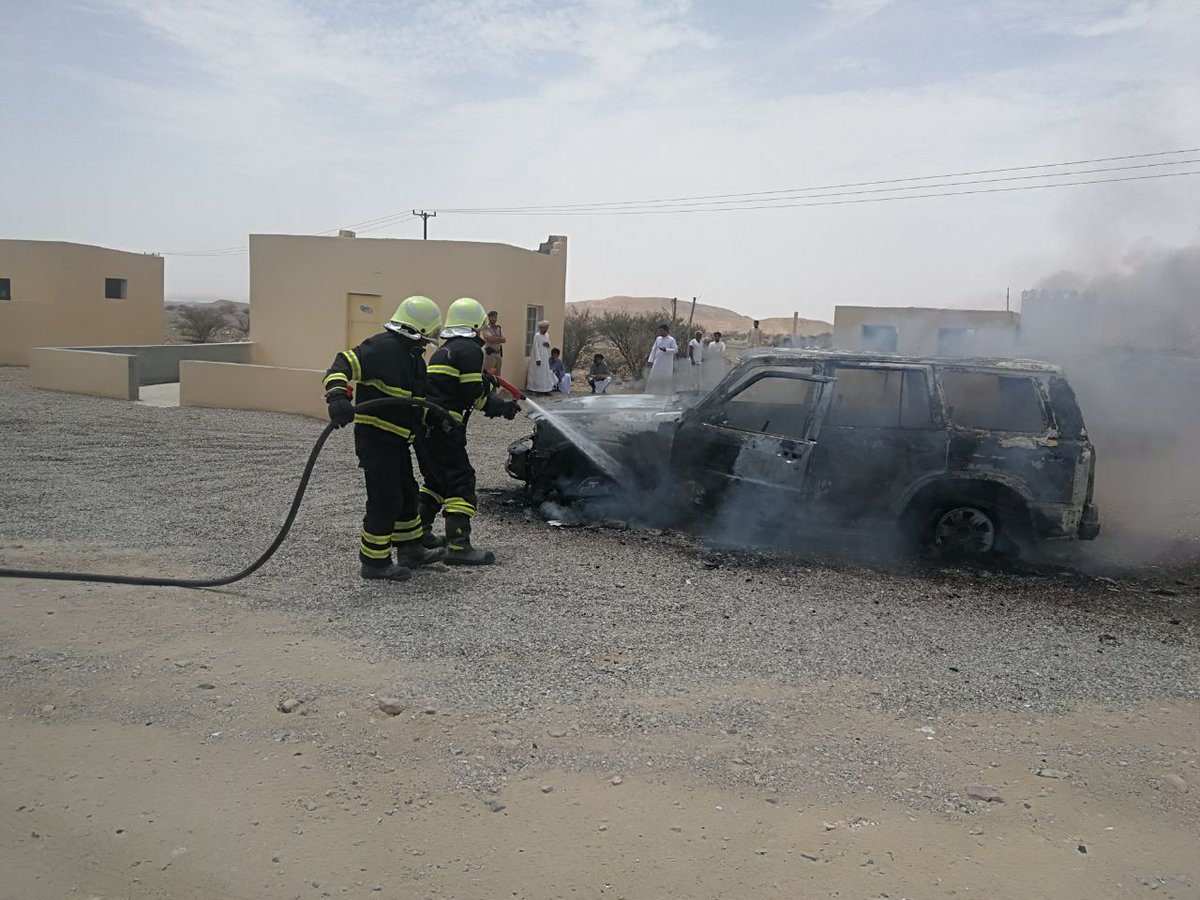 Muscat: A fire broke out in a car in Al Ghamlul in south Al Sharqiyah Governorate, the Public Authority for Civil Defence and Ambulance (PACDA) announced.
However, no one was injured in the incident.
According to the statement by PACDA, “Firefighting teams from the Civil Defence and Ambulance managed to extinguish a fire that broke out in a vehicle in Al Ghamlul, in the state of Jalan Bani Bu Hassan without [recording any] injuries.”