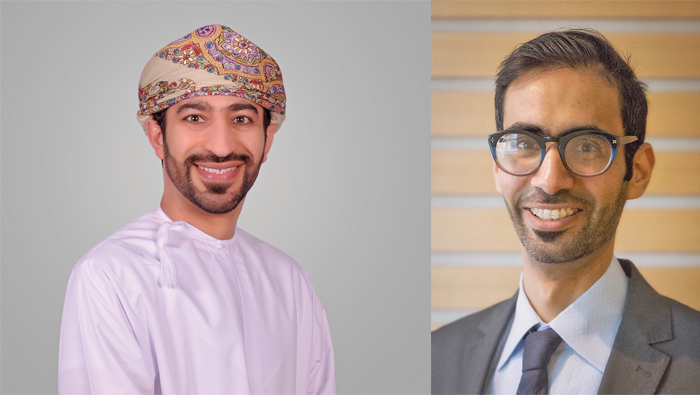 Muscat: The Research Council (TRC) announced that Dr. Sultan Zayid Khalifa Al Shaqsi, Resident Doctor in Reconstructive and Craniofacial Surgery at the University of Toronto, and Dr. Haitham Al Mahrouqi, an Ophthalmology Resident Doctor at Oman Medical Speciality Board, will be the two researchers who will represent the Sultanate at the 68th Lindau Nobel Laureate meeting.
The meeting will take place in Lindau between June 24 and 29, 2018. Al Shaqsi and Al Mahrouqi will be participating in the 68th Lindau Nobel Laureates Meeting, which is dedicated to the fields of physiology and medicine, after their nomination applications were accepted by the scientific committee responsible for shortlisting successful candidates from across 84 countries around the world.
600 young researchers will participate in this year’s meeting. This year’s meeting will set a record, with 43 Nobel laureates participating. Dr. Obaid Mohammed Al Saeedi, Director of the Programmes Department at TRC, said, “This year’s meeting will experience an increase in the number of participating Omani researchers. During the previous years, only one nominee used to participate each year. This reflects an international recognition to the research efforts and indicates the research and scientific progress made in the country.”
“TRC’s main aim behind the participation in such international scientific forums is to provide young researchers the opportunity to explore both the professional and personal aspects of Nobel laureates,” he said.
“TRC believes in the importance of the exchange of ideas and views among scientists of different generations and cultures, and specialisations,” Al Saeedi added.
According to him, in countries with academic partners, such as Oman, young scientists have to be nominated by these academic partners in order to be able to apply for participation in the meetings.
“In its efforts to build research capacity and transfer knowledge, TRC is entitled to nominate up to three young scientists to attend the Lindau Nobel Laureates Meeting,” he said.
TRC has been an academic partner to the Lindau Nobel Laureates Meetings since 2015.
Every year, a scientific review panel appointed by the council for the Lindau Nobel Laureate Meetings is responsible for evaluating the numerous applications submitted by young scientists to participate in the Lindau Meeting.
Eligible candidates must not be older than 35 years, must show a genuine interest in science and research, receive strong support of their application by their academic advisor and/or by internationally renowned scientists, they should not have participated in previous Lindau Meetings, and must commit to being present for the full duration of the meeting.
It is worth mentioning that Rahma Khalfan Saif al Busaidiya, a demonstrator at the Department of Physics at SQU, was the first researcher to represent the Sultanate at the 66th Nobel Laureate Meeting dedicated to physics, while Reem Abdullah Mohamed Al Alawi, a PhD student at SQU, attended the 67th Lindau Nobel Laureates Meeting that was dedicated to chemistry.