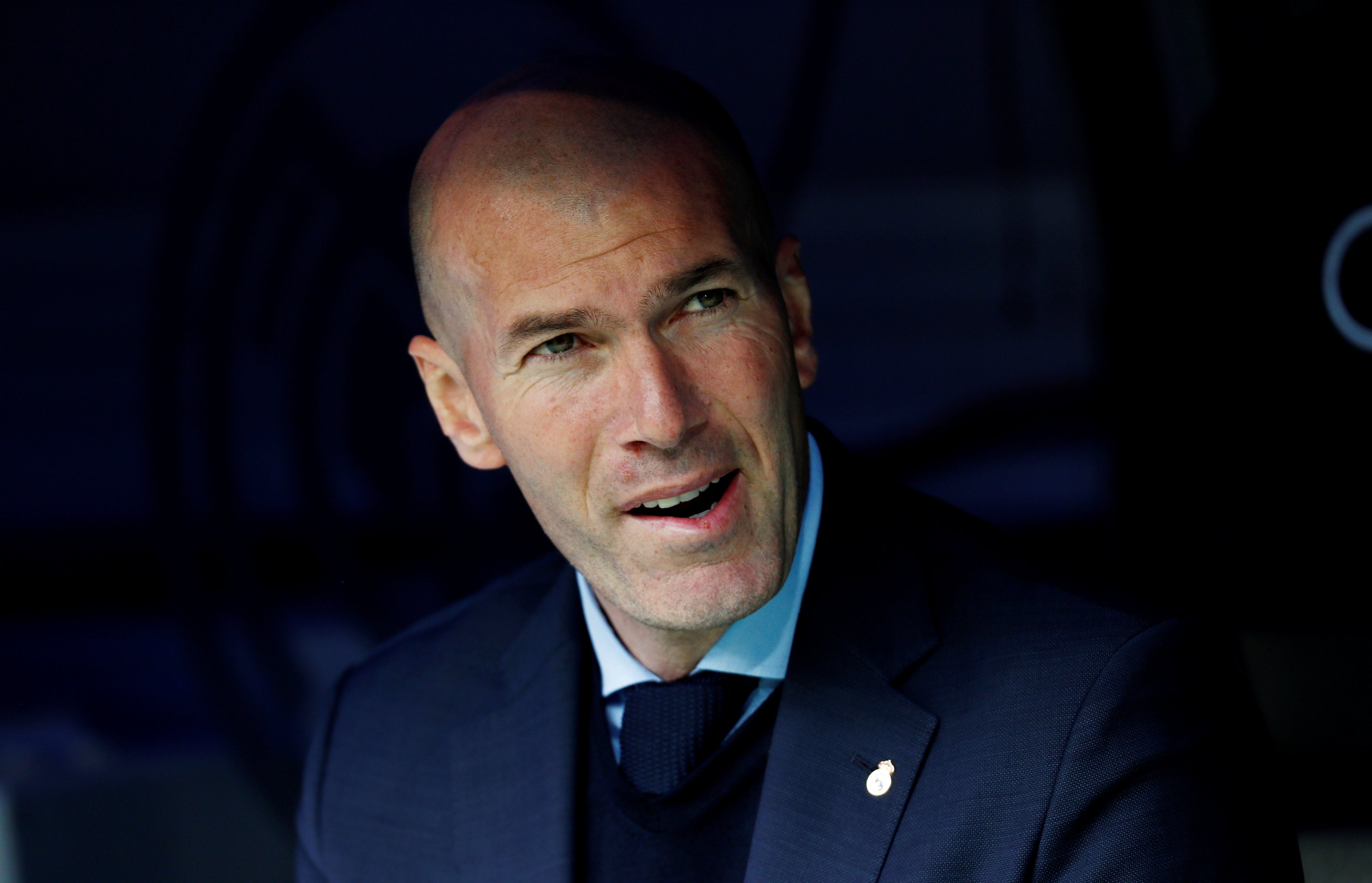 Madrid: Real Madrid coach Zinedine Zidane is furious with the continuing fallout from his side's Champions League quarter-final victory over Juventus, suggesting that people are annoyed at the club's phenomenal success.
Juventus coach Massimiliano Allegri was still complaining on Saturday about his side's 4-3 aggregate defeat, saying too much injury time had been played, while the decision to award the late penalty to Real for Mehdi Benatia's challenge has been described by some sections of the Italian -- and even Spanish media -- as "a robbery".
"It's a disgrace. I'm very very disappointed that people keep talking about a robbery. We have to stop accusations like this," Zidane told a news conference on Saturday ahead of his side's Liga game at basement side Malaga on Sunday.
"Everyone can have their opinion, and I won't respond to what the players are saying, but all I'll say is that no-one (in the media) can talk to me about a robbery.
"I'm furious about that. I can't believe people are saying these things."
Cristiano Ronaldo's converted penalty against Juventus sent Madrid into a semi-final showdown with Bayern Munich despite losing the second leg 3-1, keeping them on track for a third consecutive Champions triumph in the competition.
Zidane said he believed the attacks on his team were motivated by their continued domination in Europe.
"When people talk about a robbery you realise that we are annoying a lot of people with what we are doing," said the Frenchman.
"We can't change that, but I'll always defend my players. We deserved to qualify, without any doubt. We did very well and we're in the semifinals."
Real are fourth in the Liga standings and could be 18 points behind runaway leaders Barcelona by the time they play against Malaga.
But they are pursuing a 13th European Cup, which would make them the first team to win the trophy three years in a row since Bayern Munich between 1974 and 1976.
"There are people that are anti-Madrid and we can't change that," added Zidane. "We just keep on doing what we do.
"People can write or say what they want but no-one can change the history of this club, which is the best."