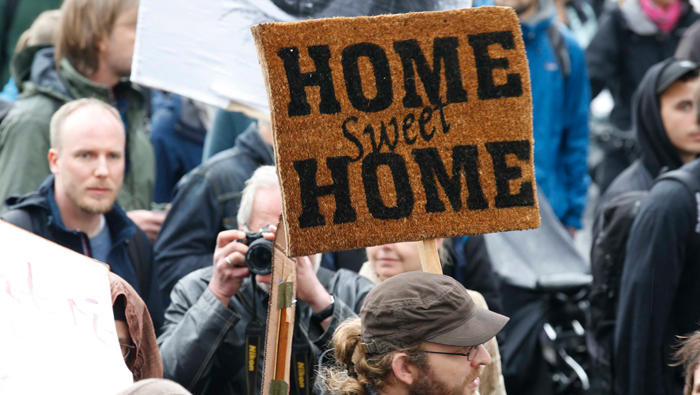 Berlin: German Interior Minister Horst Seehofer said on Saturday he would press for "reasonable results" in the next round of pay talks with more than two million public sector workers, but he rejected the Verdi union's demand for a six percent increase.
Wage talks are due to resume on Sunday after 150,000 public sector employees staged warning strikes and walkouts last week that left thousands of passengers stranded at airports, and hit hospitals, childcare centres and waste depots.
Seehofer, the federal government's top negotiator in the talks, underscored the importance of public sector workers and said it was "self-evident" that they should benefit from the country's economic growth.
However, he said Verdi's demand was unreasonable.
"It is and remains clear that the union demand for a six percent increase is too high for one year," he said in a statement issued by his ministry. "We will continue the negotiations in such a way that we can quickly achieve reasonable results."
Verdi said 17,000 people participated in walkouts on Friday, bringing the total for the week's labour actions to 150,000.
Verdi leader Frank Bsirske said last week he expected a breakthrough in the third round of talks that will begin on Sunday in Potsdam, near Berlin.
He said public sector workers should benefit from surging German tax revenues.
The federal government and municipalities have rejected the union's demands, but the head of the VKA association of local employer organisations last week said he expected an agreement to emerge from the next round of talks.
In the industrial sector, 3.9 million workers agreed on a pay and flexible working hours deal in February that amounted to a roughly 4 percent rise per year for 2018 and 2019.
Inflation edged up to 1.5 per cent in March. Germany, Europe's biggest economy, is in solid shape, with buoyant tax revenues and a record budget surplus.
Falling unemployment, inflation-busting pay rises and low borrowing costs are fuelling a consumer-led upswing.
The European Central Bank (ECB) is keeping a close eye on the German pay talks for any sign that wage growth is picking up, potentially lifting inflation and giving the ECB added leeway to start winding down its massive stimulus programme.