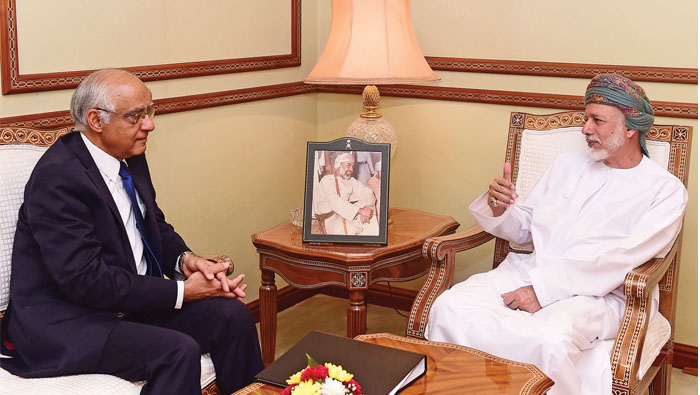 Muscat: Yousuf bin Alawi bin Abdullah, Minister Responsible for Foreign Affairs received in his office on Wednesday Rajinder Khanna, Indian Deputy National Security Adviser.
The two sides reviewed the growing bilateral relations between the two countries and means of enhancing them.
They also stressed on moving forward in promoting these relations and cooperation on various fields of common concern.
The meeting was attended by a number of officials from the Omani and Indian sides.