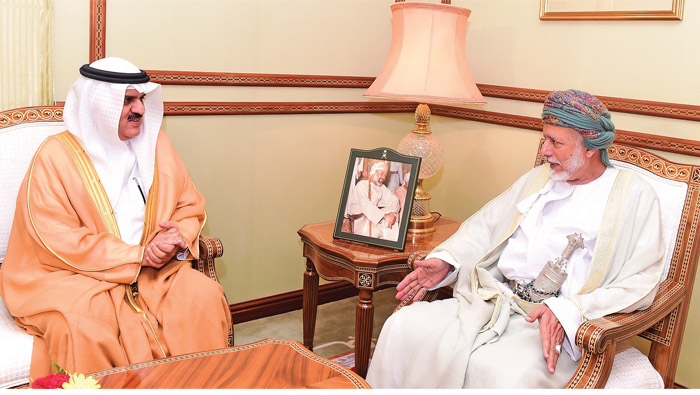 Muscat: Yousuf bin Alawi bin Abdullah, Minister Responsible for Foreign Affairs received at the General Diwan of the Foreign Ministry on Wednesday Ahmad bin Ibrahim Al Mulla, Speaker of the Parliament of the Kingdom of Bahrain.
The meeting discussed aspects of the bilateral cooperation between the two brotherly countries and means of promoting them to serve the interest of the two countries, as well as exchanging viewpoints on various regional and international political issues of common concern.
The meeting was attended by Dr. Mohammed bin Awadh al- Hassan, Acting Undersecretary of the Foreign Ministry for Diplomatic Affairs and the delegation accompanying the guest.