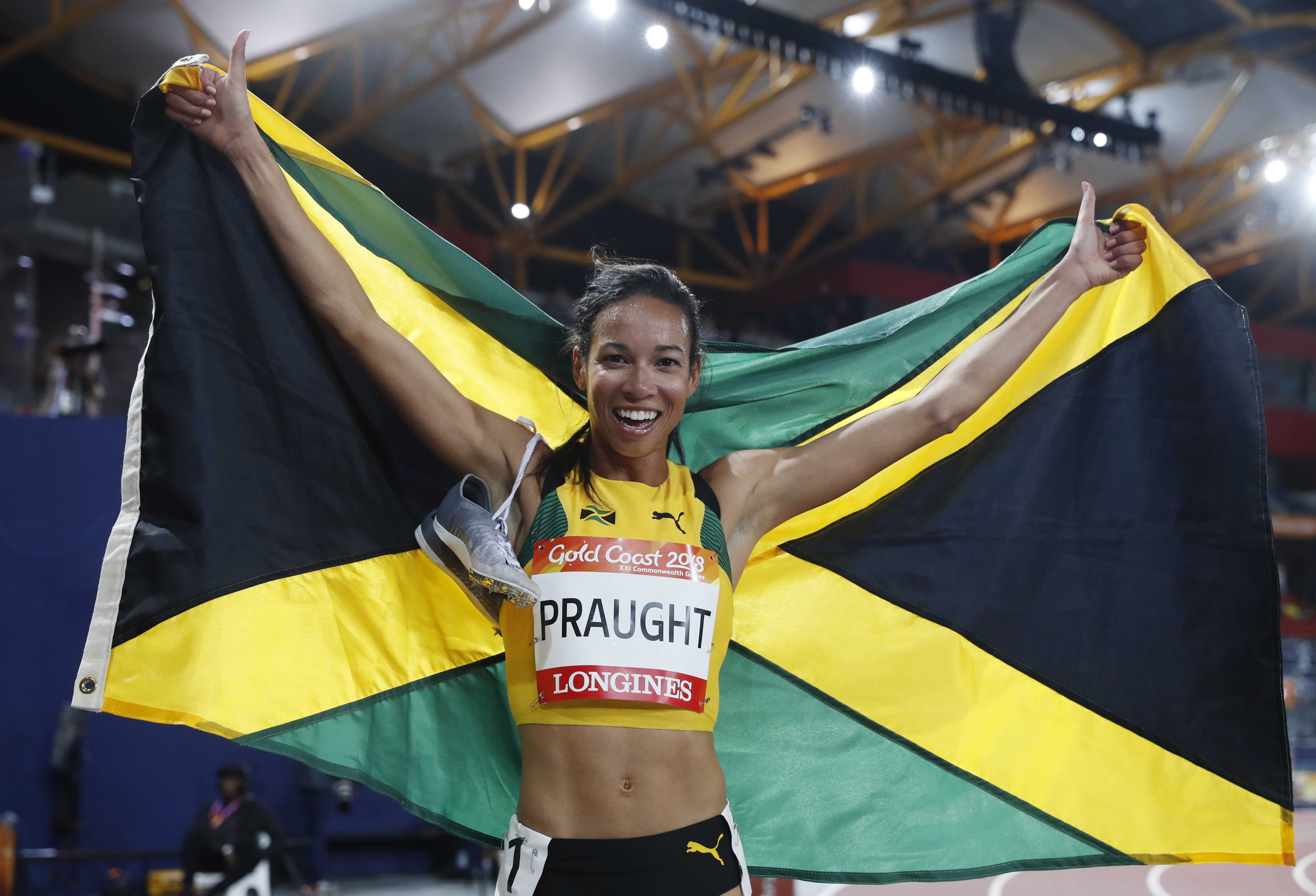 Gold Coast: Aisha Praught took a shock steeplechase gold and Shericka Jackson ran a personal best to qualify for the 200 metres final ahead of Elaine Thompson as Jamaica's women outshone the men on the Commonwealth Games track on Wednesday.
Aaron Brown led the way for Canada in the men's 200m semifinals with a time of 20.18 seconds and another noisy packed house enjoyed plenty of Australian success on a balmy evening at the Carrara Stadium.
"It's beautiful. I couldn't ask for better honestly," said Brown, who was joined as a semifinal winner by England's Zharnel Hughes (20.37) and Trinidad and Tobago's Jereem Richards (20.41).
"The track is great, the stadium is electric, I couldn't ask for anything more."
On the day when Usain Bolt arrived on the Gold Coast as a spectator, though, Jamaica's men had another uninspired evening with Warren Weir only just squeaking into the 200m final with the eighth fastest time.
Jamaican hopes of at least one sprint medal after the island nation missed out on both 100m golds were boosted when Jackson earlier steamed around the track in 22.28 seconds to hold off England's Dina Asher-Smith.
The second semi was a heavyweight clash to savour with Olympic champions Thompson and Shaunae Miller-Uibo of the Bahamas going stride-for-stride for 150 metres until the former eased up to allow her rival to cross the line first in 22.48.
In Olympic champion Miller-Uibo's absence from the one-lap final, Botswana's Amantle Montsho produced a blistering finish down the final straight to overhaul Kenyan and Jamaican rivals and win a second Commonwealth 400m gold in 50.15.
The 34-year-old former world champion, gold medallist in Delhi in 2010, might have been celebrating a three-peat had she not failed a dope test at the 2014 Games in Glasgow.
American-born Praught had earlier had the stadium on its feet with an even better finish, hauling in and storming past Kenyan teenager Celliphine Chespol over the last 200 metres to win an unlikely steeplechase gold for Jamaica in 9:21.00.
"I just put in the work every day and believe that I can race anyone," she said, adding of her adopted country: "We need medals. We need to band together as a nation."
Chespol claimed the silver and 2014 champion Purity Cherotich Kirui bronze for Kenya, who had swept the podium at the last two versions of the Games.
Rio Olympic silver medallist Luvo Manyonga gave South Africa a third athletics gold of the Games by winning the long jump with a leap of 8.41 metres but otherwise the success in the field belonged entirely to the host nation.
Kathryn Mitchell elicited the first ovation from the crowd at the start of the evening when she won the women's javelin with her first throw of 68.92m and Brandon Starc later won the men's high jump with a personal best of 2.32m.
"The whole stadium, I cannot thank them enough," said Starc. "They're incredible. I have no words."