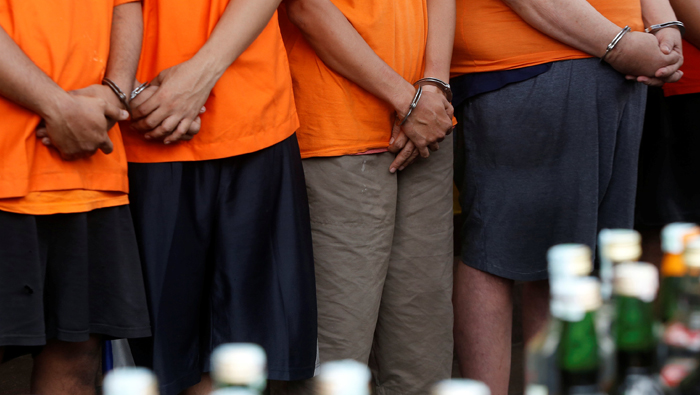 Jakarta: Eighty-two Indonesians have died and many more have been hospitalised after drinking tainted bootleg liquor last week, police said on Wednesday.
The deaths occurred in the capital Jakarta and neighbouring province of West Java and at least a dozen men had been detained on suspicion of making and distributing the drink, police said.
"This is a crazy phenomenon that has caused tremendous loss for the public in the past week," said deputy national police chief Syafruddin.
"We must trace it to the roots, who the masterminds are and the distributors."
Laboratory tests showed that nearly pure alcohol had been mixed with herbal drinks and energy drinks with high caffeine.
Police had previously said at least one suspected bootlegger had added mosquito repellent to the mix.
Police raided street stalls and homes across several cities towns and found large steel and rubber tanks used to mix the drinks.
Thousands of bottles and small plastic bags of the drinks, which police said could sell for as little as 20,000 rupiah ($1.45) per bag, were seized. Deaths from such consumption are reported frequently, but the latest toll is among the highest in recent years.
In 2016, 36 people died after drinking locally made liquor, according to media.